We are moving towards such levels of anarchy that cricket matches are perceived as wars! Hey, what’s happening to us? Can’t we distinguish between a cricket match and war!

First things first. Salaams and salutes to Captain Virat Kohli. He comes across as a true player and also a committed captain. The manner in which he dealt his team’s defeat in the recent World Cup matches and the way he came to the rescue of his teammate Mohammed  Shami, speaks volumes of his upbringing and values.

Sadly, none of the old retired captains and players spoke out. They miss no opportunity grabbing the vital space on the small screen, throwing up comments on the game, but distance themselves when sensitive aspects come up. If only they had spoken out, loud and clear, like Virat Kohli did. He spoke like a real man! Nah, no mincing of words, not scared of the third-class political climate prevailing in this country.

How one wishes Kohli moves further, from cricket to politics, so that he could be one of those governing this country and with that saving it from the clutches of the hawks.

Whilst on Kohli and the hate messages heaped on him, it gets crucial that the goon-attackers are not just identified but arrested and imprisoned. There’s a limit to the political climate getting murkier by the day; what, with brutality and anarchy spreading out unchecked … well, to such an extent that goon elements are unleashed in our midst to halt any discourse and discussion.

We are moving towards such levels of anarchy that cricket matches are perceived as wars! Hey, what’s happening to us? Can’t we distinguish between a cricket match and war!

And in the midst of these build-ups, the worst hit are the students. Instead of arresting them and slapping harshest possible cases against them, it is crucial to note that they deserve leniency and compassion and a patient hearing. 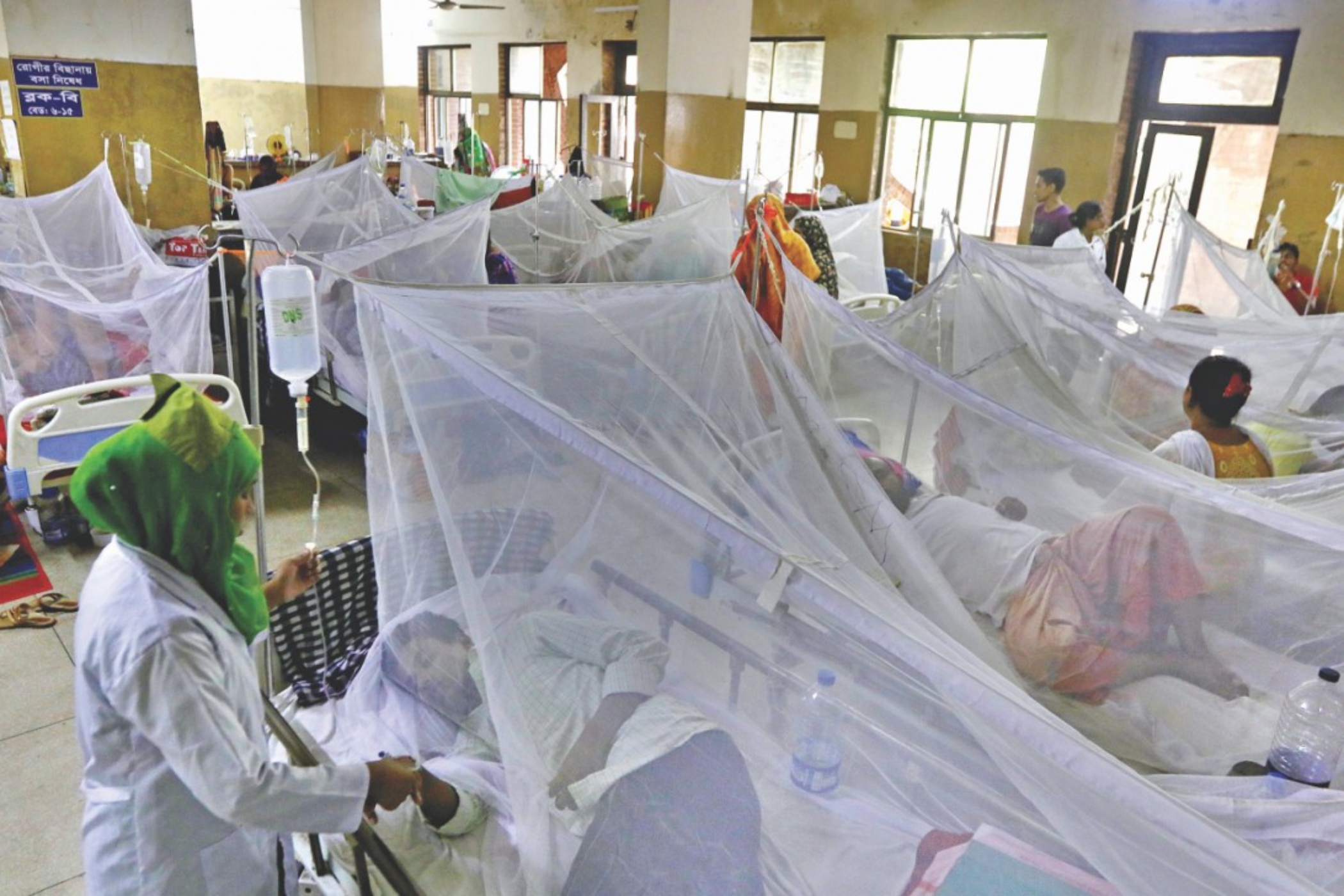 Murkier it gets by the day! Yet we sit as mute spectators. Do we have the freedom to even raise our voice or throw up a query or two on the all’s going – fine narrative, uttered rather too frequently and shamefully by the ruling lot!

Today let us talk of Dengue and Hunger and the related deaths from the onslaughts of the two deadly disasters. Mind you, the mosquitoes flourishing in our country, are all homegrown. No sir, they haven’t flown in from any of the foreign lands but very much desi. One hundred per cent desi.

And all those hundreds and thousands sitting malnourished and hungry and dying, are our people whom we haven’t been able to feed, as we have  been so very busy feeding lies to  satisfy the sham of the who’s who!

The only gimmick left for the ruling lot is to get European parliamentarians from videsh and take them around for those shikara and elephant rides, and then compel them to give all’s  okay certificate to the utter hopelessness spreading out.

Speak up…for each other! 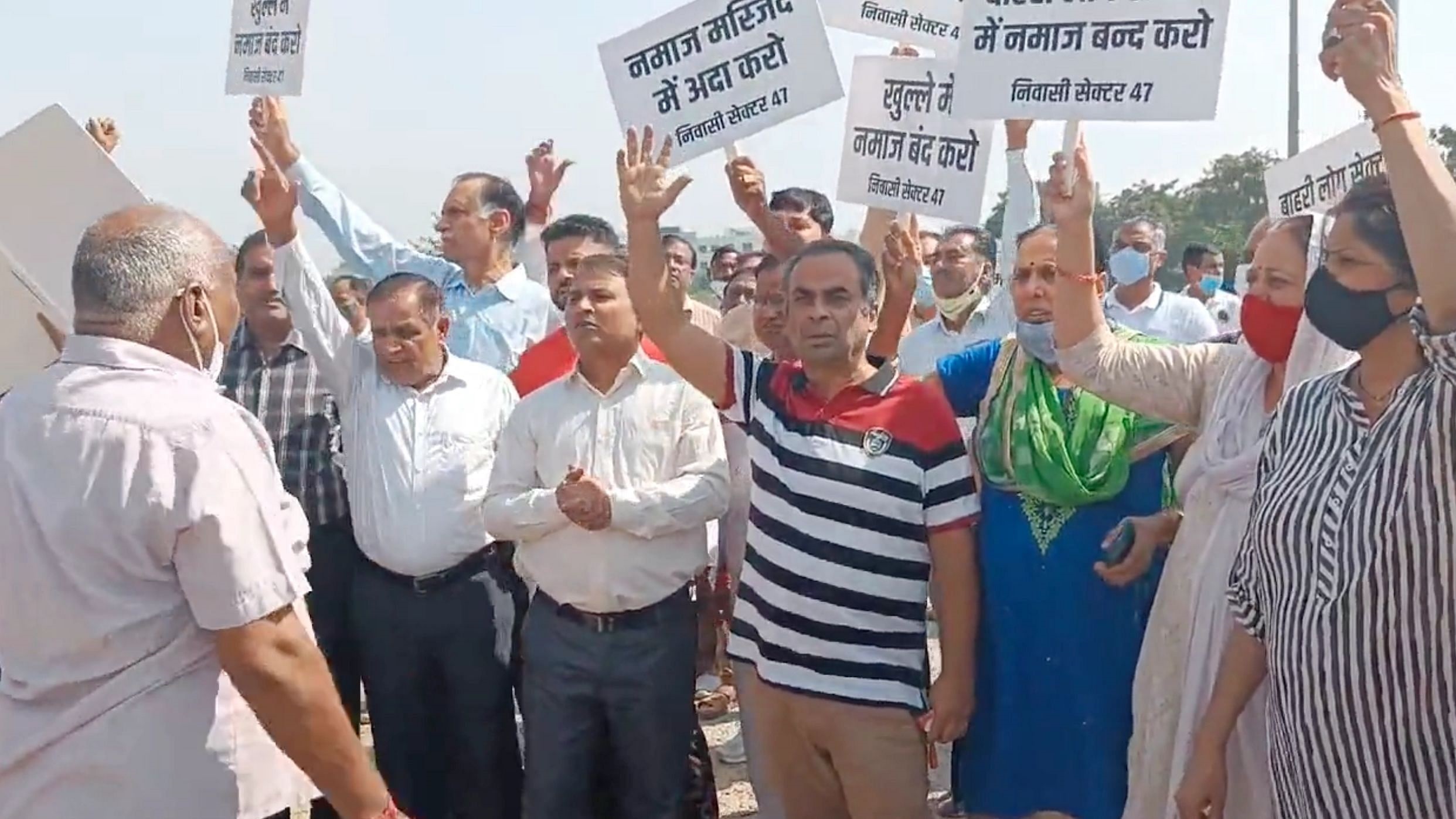 Just before writing this column, I was viewing Professor V.K. Tripathi’s much-in-circulation latest video  where he is explaining to the masses the significance of the collective Friday namaaz for the Muslim community, adding rather too emphatically that the Right-Wing communal elements should not be allowed to disrupt the Friday namaaz held in the open, in the various parks of Gurgaon, with the prior permission of the  administration.

Professor Tripathi has also highlighted in the video, Mahatma Gandhi’s message for collective prayers and the rationale behind it. On why Muslims in Gurgaon are compelled to offer the  Friday  namaaz in un-used  and less frequented parks, this retired  IIT  Physics Professor detailed that though mandirs have  been allowed to be constructed in the  new  housing colonies and residential sectors of Gurgaon but no new mosque has come up. Perhaps, circumstances not favorable, in the backdrop of the communal poisoning holding sway.

Yes, even an individual’s stand can make a difference, if that voice is dripping with utmost sincerity and determination. Didn’t we all witness how the  Imam of  Asansol, Imam Maulana Imdadul Rashidi,  had  controlled reactionary  violence from spreading out when his 16  year old son, Sibtullah Rashidi, was  killed  in the communal clashes that shook West  Bengal’s Asansol in March 2018. Though this Imam’s son was attacked and killed during the Ram Naumi processions, yet he appealed and pleaded that there ought to be no cries for revenge or counter killings. With that, this Imam did what politicians or the police force couldn’t do –  that is, protect hundreds of his fellow citizens.

In fact, religious heads from any faith can go a long way in protecting the lives and livelihoods of hundreds of the innocents. They can also go a long way in trying to educate the masses. Way back  in 1991, when I was  travelling in Kerala  to cover the literacy  movement, district medical  officer of  Malappuram, Dr A. Mohammad, told  me, “ Four  earlier attempts to bring  literacy amongst the  Muslims failed. Then the Muslim League and the Imams of the masjids cooperated, and so a large number of illiterates came to the sessions. In Islam a  lot of  importance is  given to education yet politicians played  havoc and education  amongst the  Muslims received  low  priority. Now KSS  and its volunteers  have brought about a change…already we  can  see  a  big improvement as  there’s decrease in  infant  mortality  rate and an  increase in the family planning awareness.”

It  is a misconception that Muslim clerics are averse to modern day health and welfare schemes. I have been collecting facts which go to prove that religious heads helped the local volunteers when calamity struck just about anywhere in the country.

In fact, maulvis had played a very  significant role even during the country’s struggle for  Independence and also during Partition. In a  report on Darul Uloom (well-known Islamic seminary at Saharanpur in Uttar Pradesh ),  journalist Mini  Kapoor wrote – in  1915, in what  is termed as the Silk Letter  Conspiracy, Maulana Mahmood  Hassan had set up a nationalist  government  in exile  in  Kabul. The first head /PM of this government was Raja Mahendra Pratap and Barkatullah Bhopali as foreign minister. Later the bulk of Deobandis supported Mahatma Gandhi’s Congress and opposed the two nation theory.

In these recent years, the Darul Uloom issued strong statements: appealing to the Muslim community not slaughter cows to respect Hindu sentiments. Maulana Mahmood Daryabadi of All India Ulema Council had been quoted saying. ‘Muslims should respect the sentiments of Hindus for whom the cow is scared.’ And it has also been highlighting the fact that Islam is totally against forced conversions under any given situation or context.

And on the several occasions I had visited the Lucknow situated internationally known seat of Islamic religious learning, Darul Uloom Nadwatul Ulama, what struck was the simplicity spread around. As I had walked around the campus, it seemed more like a Gandhian setup, with  minimal furniture and the students and staff attired in cotton kurta pyjamas. And Nadwa maulvis told me that they believed in training the students to survive with the absolute  basics.

In fact, I must also detail that one of the staff members of this historic institution is one of the leading writers of the day. Widely travelled, Dr Obaidur Rahman heads the Journalism Department and writes on different aspects and subjects. He holds a Ph.D. in Arabic from the Calcutta University and  has won various awards for his  literary works and writings. Author  of  several  books, the  title of his  latest  book – For   God’s  Sake  Be  Human-  seems  rather  hitting! 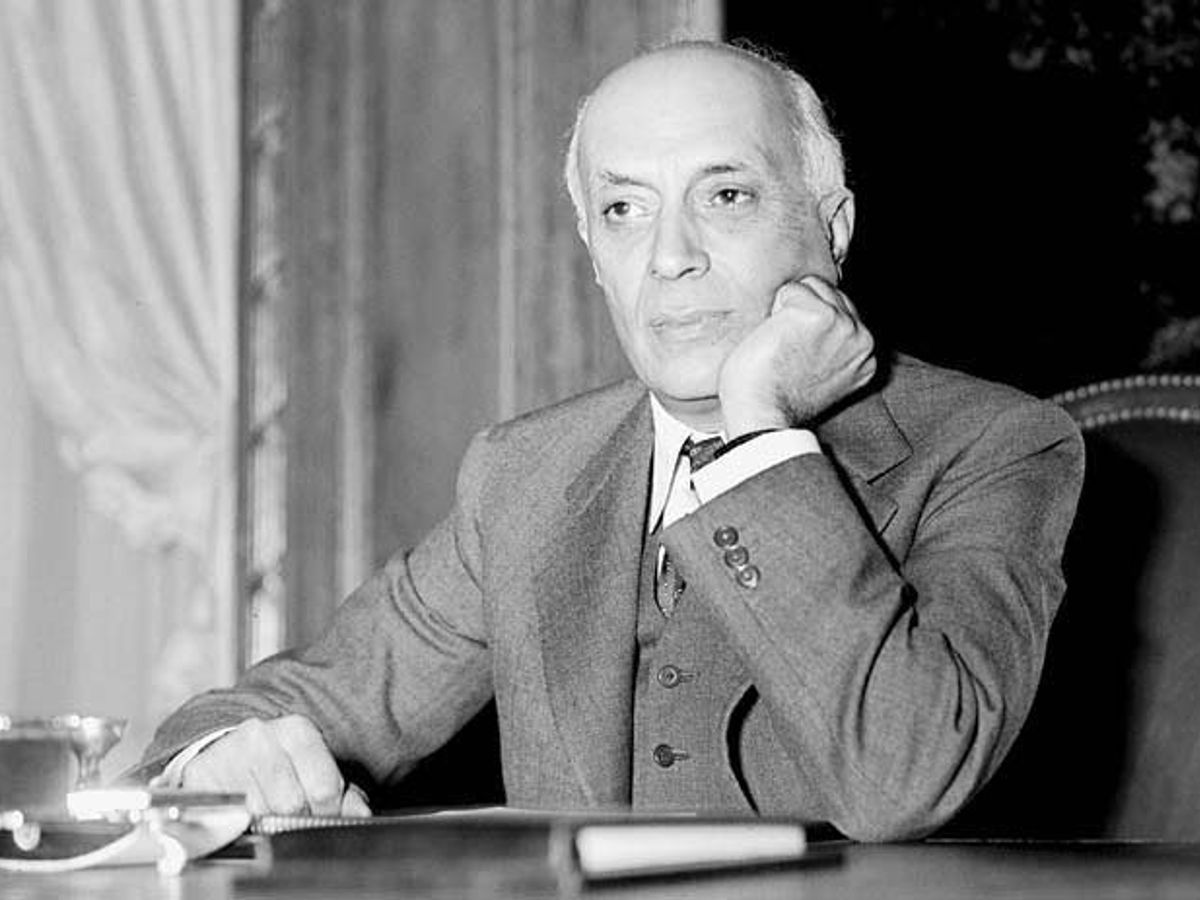 I can’t  ever  erase  memories of that  particular  day when we  were  sitting in the  living room of  my  grandparent’s  ancestral  kothi  in Shahjahanpur. The radio was on and suddenly  I saw my  maternal grandmother, Amna  Rahman, cry out  in deep anguish when she heard the news of the  passing  away of  the then  Prime Minister of  India, Pandit Jawaharlal Nehru.

I was too young to comprehend the connect between her tears and the death of Nehru, but to this day I recall her words along the strain that Nehru was a saviour of the masses of our country. And much later she had explained to us that in a democracy it is not important to have a leader from a minority or majority community but a person one could respect and look up to…someone who could take care of the masses, without discriminating along the religious or regional formats.

‘Panditji’, as Jawaharlal Nehru was popularly called, stood for democratic values, for the  rights and dignity of the  minorities and the disadvantaged. Yes, communal attacks did take place even in those years, but they were controlled and there was that guarantee that justice would prevail. He was looked upon as a saviour. That feeling of security was intact because he was himself secular. I’m certain if  Nehru  was around, it would have been impossible for the Right-Wing brigades to have destroyed the Babri  Masjid or for the Gujarat and  Delhi pogroms to have taken place, or for the Hindutva men to be ruling.

Nehru was a statesman who built our country’s institutions and infra-structure that paved way for development to take off in the actual sense of the term. Also stands out the fact that Nehru was a leader of the masses. He was respected and loved in our country, and also worldwide. In fact, Jawaharlal Nehru’s vision and policies vis-a-vis West Asia  made the Arab countries tilt towards India. He was firm and clear on his stand on Palestine, and that made the Arabs strong allies of India. … I recall the  receptions hosted  by the Iraqi envoys in that sprawling bungalow on New  Delhi’s Prithvi Raj Road, which was gifted  in the 1950s, by  Pandit Jawaharlal Nehru to the first Iraqi envoy posted to India.

In fact, whenever the Arab commentators and academics would speak of India they would make sure to detail the genuine bonding of the Arab people with the Indian  masses. This bonding was because of the connect established by Pandit Jawaharlal Nehru.

Ponder on these lines of Akbar Hussain Akbar Allahabadi:

That Akbar continues to take the name of God in the present age and time.