Punjab Chief Minister Captain Amarinder Singh on Friday announced a government job to the next of kin of the four Pulwama martyred CRPF soldiers from the state, along with Rs 12 lakh in financial assistance to each of their families.

The mortal remains of these bravehearts would be cremated tomorrow with full state honours, the Chief Minister further said, expressing solidarity with the families of the four soldiers from Punjab who were among the victims of the dastardly attack.

Amongst the 41 jawans who lost their lives in the  attack on security forces in Pulwama, Kulwinder Singh of Roopnagar district, Sukhjinder Singh of Tarantarn, Jaimal Singh of Moga and Manjinder Singh of Dinanagar from Gurdaspur hailed from Punjab.

Reassuring his government’s full support and cooperation to their families in their hour of grief, Captain Amarinder said the people of Punjab were with them.

The Chief Minister, while reiterating his demand for strong  action against the perpetrators of the heinous crime against humanity, said the sacrifices of the brave sons of the soil would not go in vain. 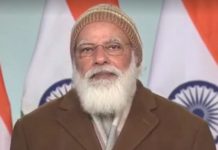 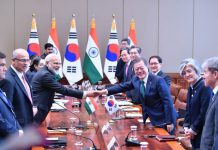