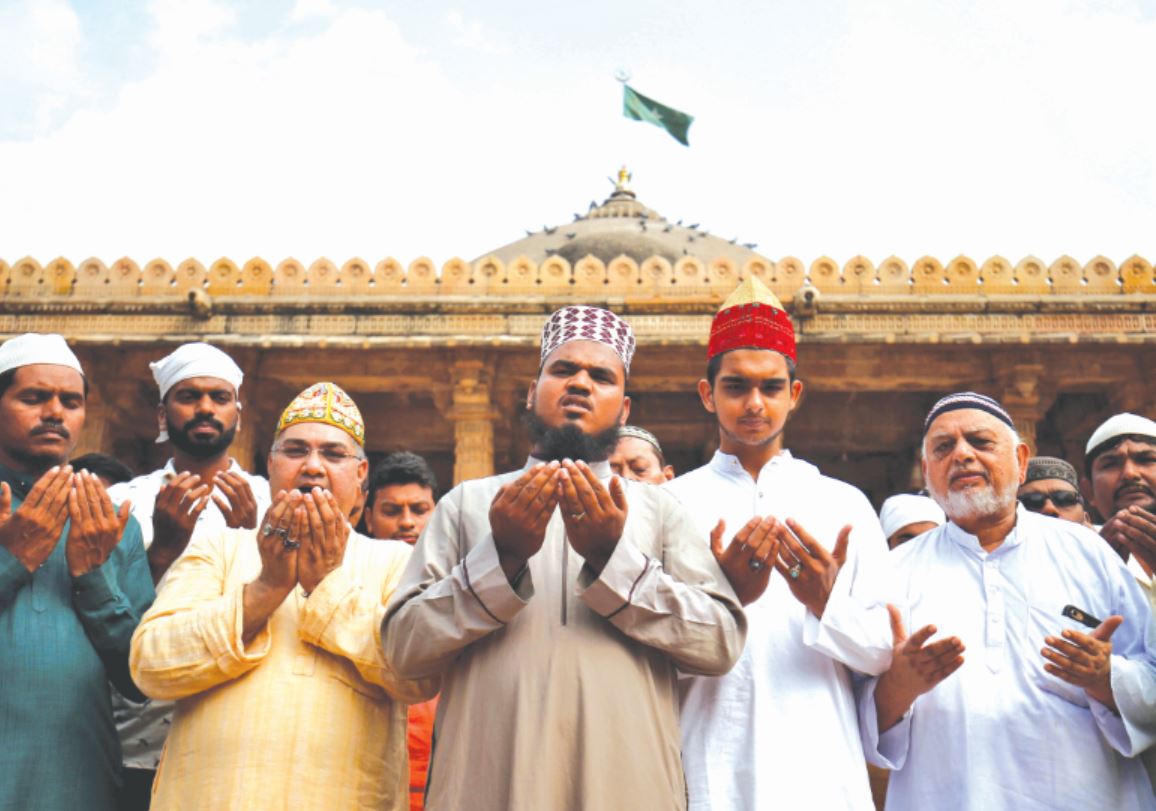 The real question vis-à-vis the electoral process remains whom leaders represent. Very often than not, this is overshadowed by rhetoric manufactured by the dominant political parties. For example, latest 17th general election was held revolving the issue of saving democracy and the nation. Such developments are much relevant for a community like Muslims in India whose representations are negligible both as a contender and a voter as they constitute 14.2 per cent of total population and 3.7 per cent of total Lok Sabha seats. The present configuration of parliament is seemingly concerning because winning party does not have a single winning Muslim representation for the first time in independent India.

The prominent view is that the question of representation is not necessary if religious, cultural and educational safeguards are guaranteed. Can such safeguards be protected if stakeholders from the minorities are not present in parliament? Scholars have pointed out based on latest data that Muslims in India are considered to be the most backward group among all the minority groups in terms of the socio-economic indicators such as high incidence of poverty, low quality occupation, lower access to higher education and high drop out in schools, etc. These are indispensable and notable matters reverberated by the Sachar Committee report and Kundu Committee reports.

The necessary concern on Right and Representation of minorities has been often and somewhat regarded isolated as if by a guarantee of certain rights like practice and propagation of religion the society may deem right to representation unnecessary. However, the point that political representation which itself determines whether rights guaranteed will be materialised or not, is often ignored. Instead of representing the principals laid down by the Constitution, political parties are now increasingly turning to represent their respective groups of voters, very often antagonising the other groups.

However, such emerging patterns are counterproductive for any democracy as it very often pushes the antagonised community at the margin if not properly represented by substantial number of representatives in the parliament. The recent Citizenship Amendment Act manifests that no right, even the citizenship, is beyond revocation rather it depends on the view points of the representatives in parliament.

However, this development is not divorced from the loosing significance of Muslim votes to such an extent that even secular parties could not afford taking the risk of mentioning the issues related to Muslims in their speeches and election manifestoes. For instance, even in the 2019 election manifesto of Congress, it is clearly opined that they mentioned it only once. Tight-lip of prominent leaders from secular forces on the surprising Babri Masjid judgement has revealed the crisis Indian secularism is passing through.

The recent development during the post Citizenship amendment shows another downfall as a notable number of Muslims are apprehended to lose the remaining stake in Indian democracy. The apprehension of the people concern is that a Muslims may lose their legal claim on citizenship right which is the sole basis of all constitutional rights. Though Muslim backwardness is a well recognised fact till date, the debate itself may lose its relevance once citizenship is entitled by reason of religion.

The discourse during post-Sachar period shifted in such a way that mentioning Muslims in the public domain has become politically futile exercise in the current political discourse. This has adversely affected the political articulations of Muslim voters to ensure defeat of the right wing forces by voting in a block. Winnability of a candidate and polarisation in favour of majoritarianism are the two criteria becoming stumbling block for a Muslim candidate right from contesting election to getting success in elections. Even Muslim voters do not vote a Muslim candidate as it has low chance of success or not belonging to mainstream parties. However, the recent upsurge has been interesting in the sense that Muslims along with the progressive section have vocally hit the road and the fear of majority polarisation has disappeared.

The main reason for this is the lack of balance of power between majority-minority in the parliament. The fair representation of diverse groups in parliament is important both for their group right as well as protecting the constitutional ethos as majoritarianism may lead to the tyranny of majority. Ambedkar apprehended that until and unless majority are not dependent, at least, on one minority or collective decision of minorities, it cannot eliminate the threat of political majority as tyranny of majority is inevitable. Representing a group by other will end up as hegemonic by making one group permanent leaders and the other group permanent followers.

The question of representation, however, goes beyond nominal presence of a particular group member. It encompasses representation of both persons and opinion. The contradiction between Muslim’s notion of effective representation and liberal view point emerges from the unit of representation-the former one focussing on group-based identity and the latter on directing on individual. The scathing attack on cultural and religious rights guaranteed by the constitution to the minorities by extreme right wing groups is slowly and gradually creating a point of isolation among religious minorities in India and hence demands an urgent consideration is to be maintained.

Electoral reservation, considered as a remedy of the problem, is criticised on the group that it may create sectarianism. Historically, such demand is very associated with the Muslim League’s demand in 1940s and hence remains controversial till. League was against the demand of common law for Muslims and Non-Muslims and recognition of Muslims as exclusive communal group unlike present day Indian Muslims who showed much faith in Maulana Azad’s position of common nationalism and shared heritage of Muslim and Non-Muslims, and expressed their faith in constitution time and again.

It means that Indian Muslims had been following the footprints created by Maulana Abul Kalam Azad while considering the Indian Constitution and the common nationalism which is evidenced from the facts that they have not followed Ali Jinnah’s concept of nationalism and the Constitution. For the sake of maintaining secular credentials, we need an empowered minority having voice in the first past poll the chance of representation of minority groups to be elected seems to be very low given the heavy dependence on majority vote. Even if they get elected, they will not be able to effectively represent their communities due to their accountability to the home constituency comprising of diverse population.

Similar kind of objection was raised by Ambedkar in a letter to the erstwhile British Prime Minister Clement Attlee by accusing congress candidate in 1945-6 election that it was mere tools and did not represent the interests of Dalits. The experience after seven decades of electoral process shows that until and unless we succeed to empower a minority leader to represent their own community instead of their party, the majoritarian deadlock will continue to exist.