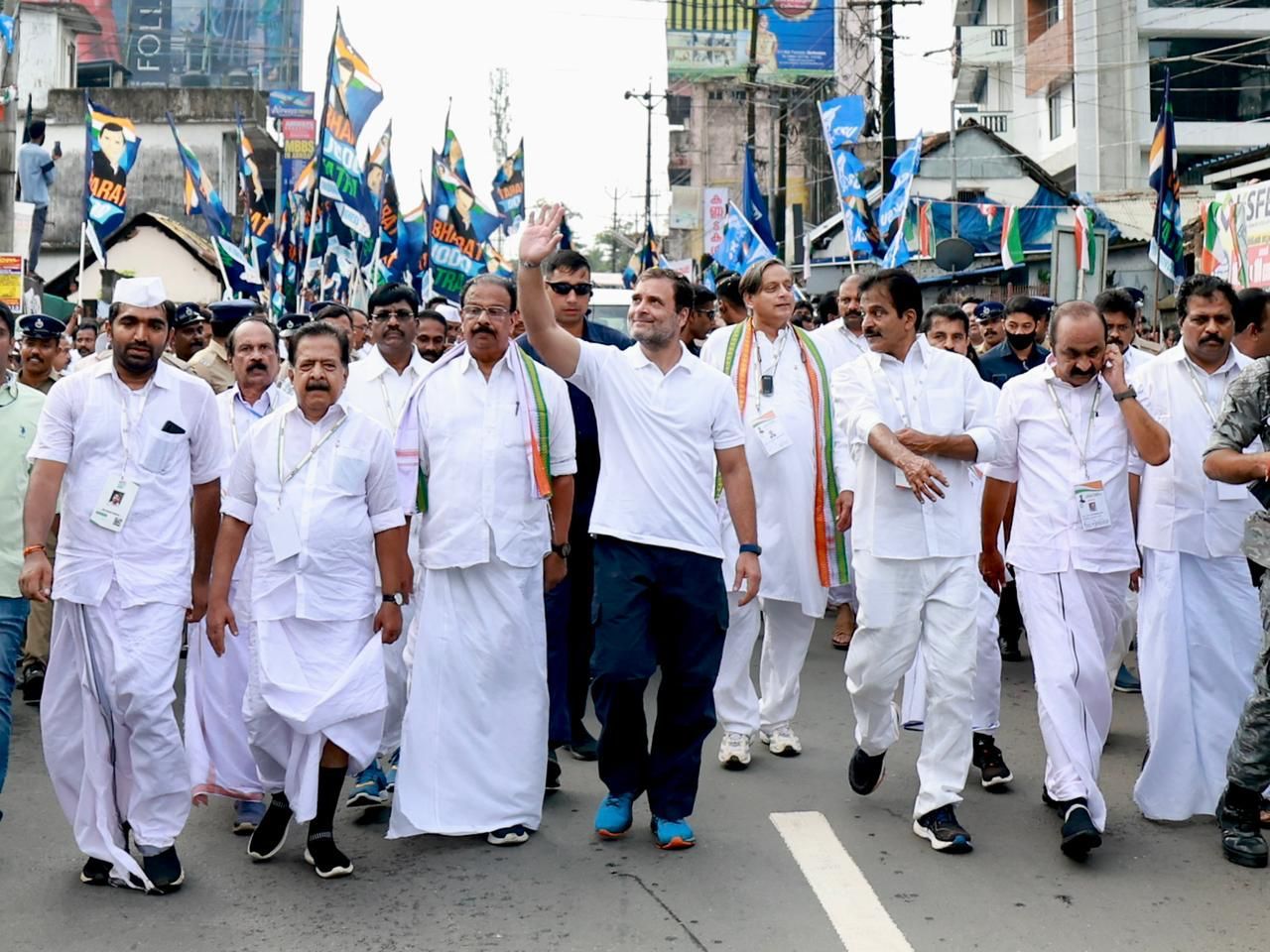 The herculean effort and the sweat and blood that has gone into planning and executing the Bharat Jodo yatra cannot be dismissed. The exercise has the potential of a positive outcome for Congress.

It seems to be a time for reinventing whether it is the country, a party or one’s public persona.

It is also a time when a handful are chartering a new course with a bid to reinvent and thus change the status quo.

Taking first things first, it is the country that tops the list. And who else but Prime Minister Narendra Modi to lead the way?

And this time around, he has done India proud by resurrecting the forgotten but deserving heroes even as correcting distortions of History.

Not only has the Modi government erased signs of colonialism but also pushed the unnecessarily larger than life Nehru-Gandhi legacy into the background. About the first, the government is gung-ho; on the second it is silent. Yet on both counts, it deserves accolades.

When Prime Minister Modi spoke at an inaugural event, he hammered the point of an India finally rid of the colonial past: “Symbol of colonialism ‘Kingsway’ will be a history and has been erased forever,” he said adding that India is now moving beyond the mentality of colonialism.

For the uninitiated, the stretch from Rashtrapati Bhavan to India Gate was named Kingsway by the British signalling it to be the seat of the ruler.

Post-Independence, it was changed to Rajpath: a shift from sovereignty to a free India.

It has been re-christened Kartavya Path, or a road of duty as it were: “Rajpath was for the British for whom the people of India were slaves. It was a symbol of colonialism,” Modi said in his inaugural address earlier this month.

It is, however, ironic that a few hours after the Indian government announced doing away with signs of the colonial past, the Queen of England breathed her last. That she did not rule over India is another matter, given that she ascended the throne after India became free.

Born after Independence, Modi embodies the spirit of free India.

However, under him the government has courted controversy for muzzling free speech as also letting pro-Hindu elements target minorities particularly the Muslims.

Having said that, one must grant that the Modi government, even while committing many wrongs, does go that extra mile to correct the mistakes of previous regimes: those that willfully allowed the legacy of the Nehru and Gandhis to dwarf all others.

Consequently, under Modi, forgotten heroes are resurrected and accorded their due: a place, so far, denied to them in the country’s history.

A case in point: Teen Murti Bhavan, synonymous with Jawaharlal Nehru, was converted into a memorial after his death.

Modi stepped in, had it refurbished to showcase all the Prime Ministers of India, including Nehru. And in one stroke, he took away the special status accorded to Nehru and offered a level playing field to all Prime Ministers who had ruled since Independence.

Even while Modi bashers decried the move on grounds that Nehru’s legacy is being decimated, popular opinion backed Modi ending the monopoly of one family over the nation.

However, to see this devoid of politics would be rather naïve. The big picture is to push back the Nehru-Gandhi legacy, if not completely erase it and reshape India that is neither family run or family owned. That Modi would like to leave his own footprint is another matter.

That apart, the Modi led dispensation is bringing alive those heroes who shed blood to free India but were denied their due, Netaji Subhash Chandra Bose being one such.

Modi gave the go-ahead for Bose’s statue at India Gate: a move hailed by sane Indians who had for years rued Netaji’s neglect by those who held sway.

Even as Modi was busy reinventing India, another Indian was reinventing his party and perhaps himself: kicking off a yatra to unite India.

Led by Congress scion Rahul Gandhi, the yatra is a bid to energize a party in deep slumber.

Launching a Bharat Jodo, or unite India, yatra, from the state that saw his father’s blood spill by assassins, Rahul Gandhi has embarked on a 3,570 kilometres journey from Kanyakumari to Kashmir. He intends to cover 12 states in 150 days, spending nights in containers mounted on trucks.

Taking his words at face-value, Gandhi is looking at the big picture: the nation versus sectarian politics: “We are not fighting anymore a political party. It is now between the structure of the Indian state and opposition”, he said at the outset.

Even while the initiative and the intent are laudable, there are doubts about Gandhi’s capacity to see this through.

Apart from the challenges facing the Party with large scale desertions, there is a question mark on Rahul Gandhi’s ability to match up to leaders like Narendra Modi.

Divisive politics apart, Modi, it is felt, can steer the country and deliver on most fronts and position India strategically on the world stage.

Call it a good PR exercise or multi media management but under Modi, there is a renewed interest in India internationally.

While opinion differs on the outcome, the general perception is that when Modi speaks the world listens. Gandhi on the other hand is considered a non-serious player with sparks of brightness which are neither sustainable nor enduring.

In fact Gandhi’s own statement during his much hyped yatra is a give-away: “I will” he reportedly said, “get some understanding about myself and this beautiful country from Yatra, and in these 2-3 months, I will be wiser.”

While die-hard Gandhi fans will lap up this honest admission, the sagacious are likely to dismiss it on grounds that the country has no time for trial runs.

With an omnipresent leader like Modi towering above all others, Gandhi projection as his competitor would, at present, be foolhardy.

Therefore the Congress would do well to embark on a two-phased strategy: in the first round try and put its house in order and in the second project itself as a serious contender. Doing both at one go or even doing the second first would perhaps be fatal.

This is however not to dismiss the herculean effort and the sweat and blood that has gone into planning and executing the yatra. It sure is a worthwhile exercise that has the potential of a positive outcome.

The word Bharat may be good optics, but the Congress should limit its goals rather than aim to conquer the nation.

In other words, one step at a time will work better for it rather than the big kill, as it were.

Therefore, instead of the yatra being a means to an end, it should be a platform to forge ties between the grand old Party and the people and recreate its lost magic. It must do what it takes to hammer the point that the Congress has the capacity to rise and hit back.

As for Rahul Gandhi, he should reinvent himself to be one willing to lead from the front instead of being an also ran  politician.

For this, 2024 may be too soon, but politics being a game of possibilities, nothing can be ruled out.

Therefore even while the Congress should aim high, it would do well to remember that it has unfinished work at the back-end from reshaping its leader, reinventing the Party and fine-tuning the direction it should take.

It must also radically transform itself from a one step forward two steps back Party and take things head on.

The yatra could be the first step but it, certainly, is not one that would sound BJP’s death-knell for the 2024 elections.