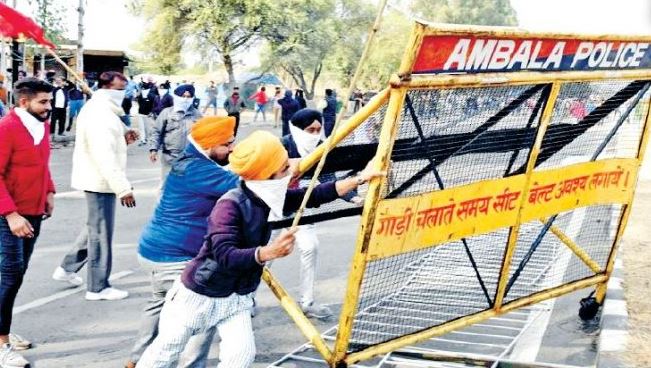 Protesting farmers on Wednesday demanded the repeal of new farm laws and rejected the government’s offer to set up a committee to look into the issues raised by them.

They said they will intensify their stir if their demands are not met.

Delhi Traffic Police in a tweet informed that the Kalindi Kunj border that was closed due to farmers’ agitation has been opened now.

“You’re a sneaky little fellow with dirty low level thinking & politicking. Instead of meekly notifying central laws why didn’t you even try to oppose them? Why didn’t you pass Bills in Delhi assembly like we did in Punjab?’ @capt_amarinder in scathing counter to @ArvindKejriwal,” Raveen Thukral, Media Advisor to Punjab CM Tweeted.

‘You seem more worried about angering Centre by rejecting their request for stadiums as jails for farmers instead of being concerned about the farmers. Your claims of caring for farmers are hogwash. They won’t be taken in. So stop misleading’: capt_amarinder to @ArvindKejriwal,” Thukral added.