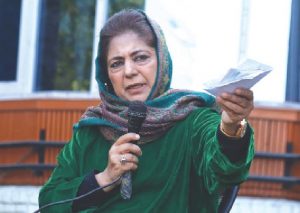 On October 15 two days after former J&K Chief Minister Mehbooba Mufti was released from his 14 month long incarceration, the newly formed six party alliance met yet again to give itself a name, a proper structure and an agenda. The amalgam was named People’s Union for Gupkar Declaration, Dr Farooq Abdullah was made it head and its agenda is to strive for the restoration of Article 370 that granted J&K its semi-autonomous status within Indian Union. Mehbooba was part of the meeting.

Since her freedom she has tried to strike a hardline posture, making it clear that her future politics will be about the struggle to seek restoration of J&K autonomy. Hours after her release, Mehbooba issued an evocative audio statement that said how the revocation of Article 370 had “lacerated” her mind and soul during the detention. She termed “the illegal, unconstitutional and undemocratic” erasure of J&K autonomy as a “daylight robbery”.

Mehbooba subsequently even held a presser, first such by a Kashmiri leader after the withdrawal of Article 370. Clad in a green dress, Mehbooba held J&K flag and her party’s flag on the table in front of her and said she won’t pick up India’s flag until J&K’s own flag was returned. She called the snatchers of J&K special status as “robbers”, promising, at the same time, a long struggle to restore the region’s autonomy. Mehbooba also blamed the BJP for ruling the country according to its manifesto rather than the Constitution.

She has since lent a new momentum to the ongoing efforts to seek reversal of the constitutional changes in Kashmir. Jammu and Kashmir’s half a dozen mainstream regional political grouping on October 24 formally structured their alliance and unanimously elected former chief minister Farooq Abdullah as its president.

However, New Delhi has not taken kindly to the activities of the alliance. Senior Abdullah has been questioned twice by the Enforcement Directorate in multi-crore scam in Jammu and Kashmir Cricket Association. , Abdullah, however, has said, he won’t be fazed by the investigation and will continue to struggle for the restoration of Article 370. This would be easier said than done. The grouping faces tough challenges to realise its goal going forward. For one, the centre is in no mood to restore the statehood to J&K that would have given some power to the mainstream politics to undo some changes to the laws after being elected to power. In a union territory the local politics will have little role. An elected chief minister will have little option but to be subservient to the Lieutenant Governor.

One option for the new mainstream political grouping to build some pressure on New Delhi is to mount a sustained public resistance against the erasure of the special status. But there are valid doubts about the scope for such a resistance at a time when the centre has drastically squeezed the space for any democratic dissent in the region. And the Gupkar amalgam is mindful of this fact: They have so far issued the joint statements, but stayed well short of calling for a peaceful protest, a public rally, a press conference or for that matter even a hartal.

At the same time, even if the parties were to mobilize the public opinion against the withdrawal of Article 370, their ability to force a shift in centre’s policy will be minimal. For in doing so, they will be up against the new national consensus on Kashmir that sees the integration of the former state into India as a fait accompli.

“Much will also depend on the evolving geo-politics of the region and how India’s equations with China and Pakistan will shape up, and also whether Afghanistan will pass again into the hands of Taliban,” said Naseer Ahmad, author of Kashmir Pending. 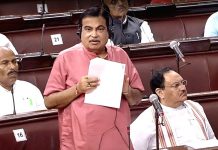 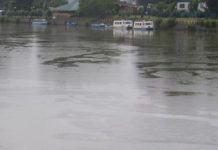