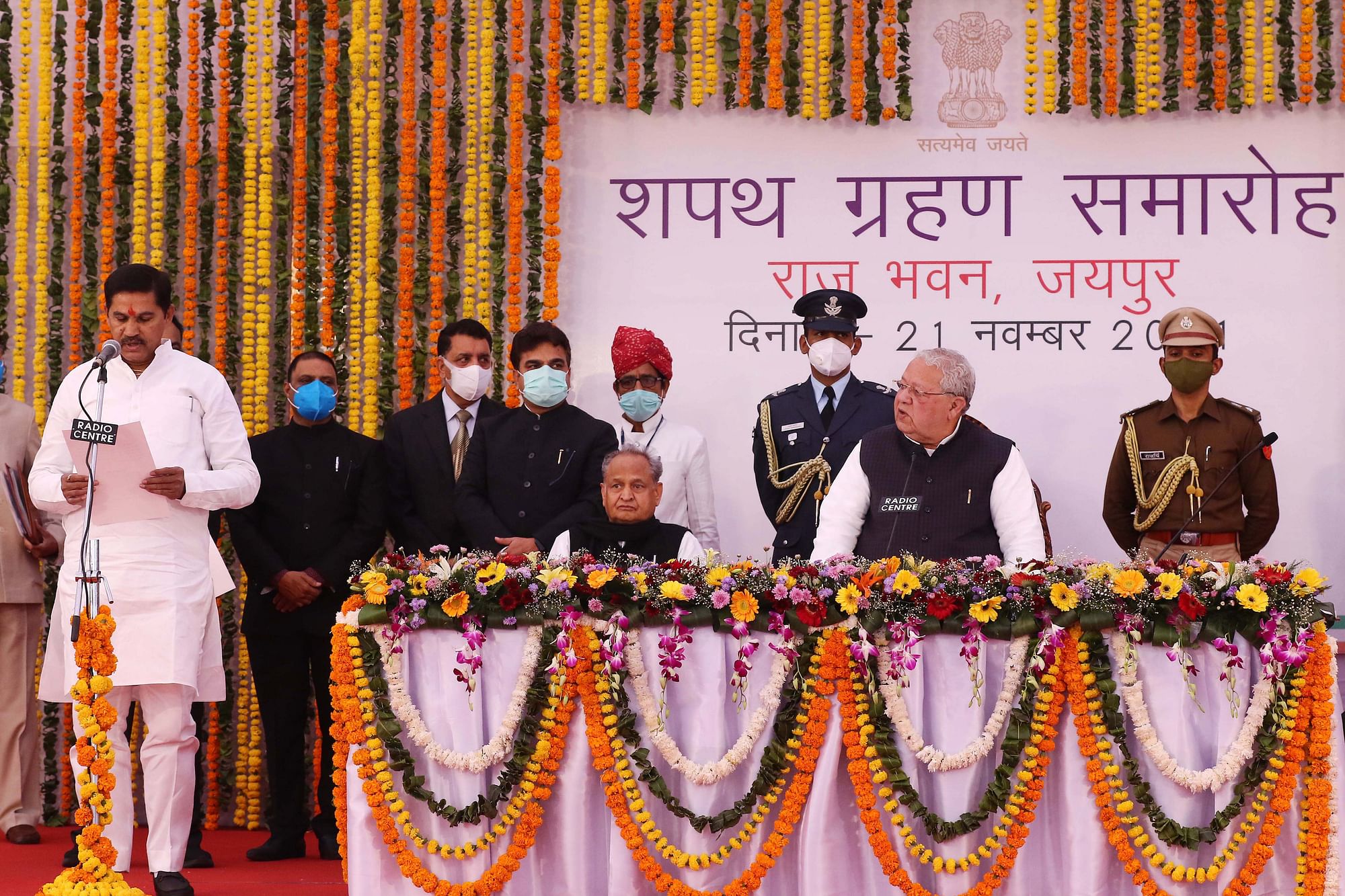 The Rajasthan cabinet reshuffle, which had been in the offing for the past one year, is being seen as a clever move by the Congress central leadership to curb dissent and present a united face of the party ahead of the 2023 assembly elections in the state, reports Amit Agnihotri

In a balancing act, the Congress high command finally got Rajasthan chief minister Ashok Gehlot to rejig his cabinet and put differences with his former deputy Sachin Pilot to rest.

The cabinet reshuffle, which had been in the offing for the past one year, is being seen as a clever move by the Congress central leadership to curb dissent and present united face ahead of the 2023 assembly elections in the state.

Pilot, a former deputy chief minister, was removed from the key post last year after he led a rebellion against Gehlot. Pilot, who was also the state unit chief then, was demanding greater representation of Dalits and Tribals in the state government to balance caste equations and also reward those who had worked for the party’s victory in 2018 assembly polls.

As the Congress had plunged into a crisis last year and many thought the BJP was trying to engineer defection in the ruling Congress just like the saffron party had done in Madhya Pradesh earlier. 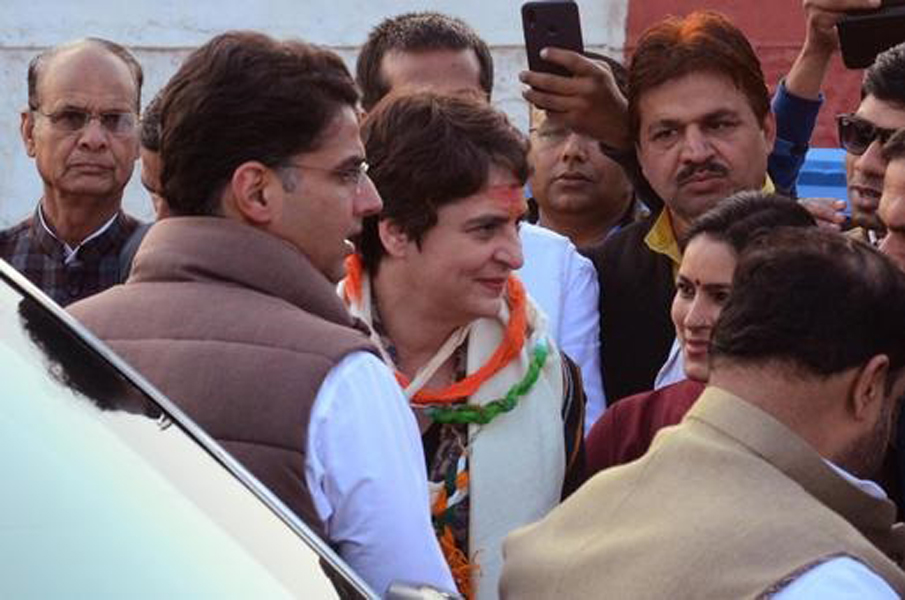 It was feared that Pilot too would move to the BJP on the lines of Jyotiraditya Scindia in MP but Priyanka Gandhi Vadra stepped in and convinced the young leader to stay on.

A panel was quickly formed to resolve the grievances of the Pilot camp but nothing much happened from Gehlot’s side.

In between, Pilot also met Sonia Gandhi and Rahul Gandhi to present his case but all he got was assurances. In the end, the young leader’s patience paid off and the desired changes were administered in the Gehlot government.

“There are no factions within the party. We all work under the leadership of the Gandhis,” Pilot noted after the cabinet rejig.

Over the past months, Pilot, an MLA from Tonk, was offered a position at the central level but declined it politely.

With the cabinet rejig, it is also being speculated that the party could give him a key role at the national level, perhaps as in charge of Gujarat which will have assembly polls later next year.

It was also being discussed in the party circles that he may be again be named as deputy chief minister or state party unit chief to send a strong message to the voters in the state and beat the anti-incumbency.

The state cabinet can have 30 ministers, including the chief minister.

The aim of the cabinet reshuffle was to give equal representation to all the segments in the state, including Tribals, Dalits, and women. Accordingly, four ministers from the Dalit community were included in the new cabinet.

Vishvendra Singh – a two-time MLA from Deeg-Kumher – and Ramesh Meena – the MLA from Sapotra – made a triumphant return to the state cabinet. They were sacked last year along with then deputy chief minister Pilot.

Six-time MLA and former cabinet minister Hema Ram Chaudhary, a Jat leader from western Rajasthan, was the first to be sworn in. He was among the 19 Congress MLAs who had revolted against Gehlot last year.

None of the 13 independent MLAs who had supported the Congress government during the crisis last year were part of the reshuffle.

However, Harish Chaudhary and Raghu Sharma have already been named as respective in charges of Punjab and Gujarat, which will have assembly polls next year, while Govind continues to be state unit chief.

Commenting on the cabinet reshuffle, Gehlot said: “The contribution in the governance of those who could not be inducted in the cabinet is no less than those who’ve been made ministers.”

Those left out will be given other political appointments as chairperson of various boards and corporations later.

Before the massive cabinet reshuffle, Pilot had presented a united front. “We have to fight the BJP together to win the 2023 elections. I am glad that the high command took note of various concerns in this cabinet revamp”. Mr Pilot’s assertion comes a year after his open rebellion against Chief Minister Ashok Gehlot had plunged the ruling party into a huge crisis.

After the rejig, Pilot said he was satisfied with the changes. “I had met party president Sonia Gandhi in Delhi, we discussed a lot of issues. I carried out all responsibilities given to me by the party in the last 20 years with dedication. In the time to come, I will work wherever the party sends me.”

“The step – taken by the party and the leadership after discussions – is sending a positive message across the state. We had raised the issue of equal representation time and again. I’m happy that the party, the high command, and the state government took note of it,” Pilot said.

He denied reports of factions in the state unit. “Congress is working under the leadership of Sonia Gandhi, Rahul Gandhi, and Priyanka Gandhi. There are no factions in the party. The decisions of the cabinet reshuffle have been taken together.”

With changes in the cabinet, a reshuffling of the state unit was on the cards, Pilot indicated.

“Change is constant and more changes are expected in near future. With elections just 22 months away, we have to galvanize people, bring new people on board. The BJP’s policies have been rejected by the people. We have seen the Prime Minister withdrawing the farm laws… this indicates the huge political pressure,” he said. 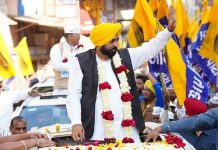 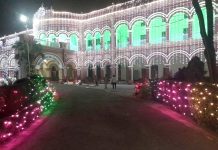 How to coo ‘thank you’ to the nuns of alma mater?