“The Union Cabinet chaired by the Prime Minister Narendra Modi has approved the relaxation of the mandatory requirement of Aadhaar Seeded data as a pre-condition for release of funds to the beneficiaries under the Pradhan Mantri Kisan Samman Nidhi (PM-Kisan) scheme,” the statement said.

The scheme provides income support of Rs 6,000 per year to landholding families, subject to certain exclusions. The amount is released in three 4-monthly instalments of Rs 2,000 each directly to the bank accounts of the beneficiaries through DBT mode, it said.

Javadekar said over seven crore farmers have already been benefited under the PM-Kisan scheme. 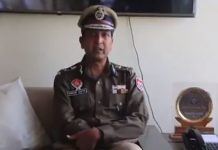