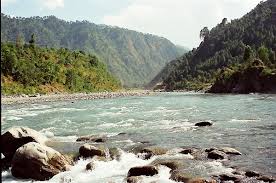 As per the official release, the government will provide central assistance of Rs. 485.38 crpre for irrigation component of the project over five years from 2018-19.

With the implementation of this project, it would help minimising some of the river water which at present is going waste through the Madhopur Headworks downstream to Pakistan.

The statement said that the project will create irrigation potential of 5,000 hectare in Punjab and 32,173 hectare in Jammu and Kashmir. The project would be implemented by the government of Punjab with the central assistance and it would be completed by June 2022. On completion, Punjab would also be able to generate 206MW of hydropower.

Indus Waters Treaty was signed between India and Pakistan in 1960 for sharing of Indus waters. According to the Treaty, India got the full rights for utilisation of waters of the three eastern rivers — Ravi, Beas and Satluj.

“The project was initially approved by the Planning Commission in 2001 and included under the Accelerated Irrigation Benefits Scheme (AIBP) for funding its irrigation component,” the statement said.

However, work could not progress much due to non-availability of funds on the part of Punjab government for power component and later inter-state issues with Jammu and Kashmir.

“Series of meetings were held bilaterally as well as at the central level and an agreement was finally reached between the states of Punjab and Jammu and Kashmir under the aegis of the Water Resource Ministry,” the release said.