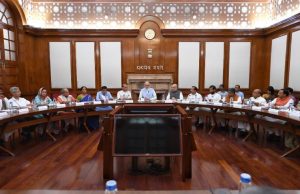 “The amendments proposed are the same as those contained in the Ordinance promulgated by President on March 2.  The Bill will be introduced in ensuing session of Parliament, the release said.

“The decision would enable UIDAI to have a more robust mechanism to serve the public interest and restrain the misuse of Aadhar. Subsequent to this amendment, no individual shall be compelled to provide proof of possession of Aadhaar number or undergo authentication for the purpose of establishing his identity unless it is so provided by a law made by Parliament. For the convenience of general public in opening of bank accounts, the proposed amendments would allow the use of Aadhaar number for authentication on voluntary basis as acceptable KYC document under the Telegraph Act, 1885 and the Prevention of Money Laundering Act, 2002,” it said.

According to release, the salient features of the amendments are as follows—

The Aadhaar and Other Laws (Amendment) Ordinance, 2019 was considered by the Cabinet in its meeting held on February 28, 2019 and the Ordinance was promulgated by the President on March 2, 2019.

The Aadhaar and Other Laws (Amendment) Ordinance, 2019 amongst other things envisaged strengthening of the Aadhaar Act as per the directions of the Supreme Court and recommendations of Justice B.N.Srikrishna(Retd)  Committee.