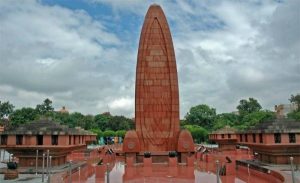 The Union Cabinet on Thursday approved the Amendment of the Jallianwala Bagh National Memorial Act, 1951.

“In the existing Act, there is provision for representation of a single national political party,” an official statement said.

“Deletion of the party-specific member from the Trust will make it apolitical. The proposed amendment ensures representation of the opposition party in the Trust,” it added.

The proposed Amendment would also empower the government to terminate and replace a Trustee to participate in functioning of the Trust or for any other reason.