The Union Cabinet chaired by Prime Minister Narendra Modi has given its approval to the Scheme of Amalgamation of Lakshmi Vilas Bank Limited (LVB) with DBS Bank India Limited (DBIL).

On November 17, to protect depositors’ interest and in the interest of financial and banking stability, on RBI’s application under section 45 of the Banking Regulation Act, 1949, LVB had been under moratorium for a period of 30 days. In parallel, RBI, in consultation with the Government, superseded the Board of Directors of LVB and appointed an Administrator to protect the depositors’ interest, according to the official release.

After inviting suggestions and objections from the public and stakeholders, RBI prepared and provided a scheme for the bank’s amalgamation for the Government’s sanction, well in. advance of end of the period of moratorium so that restrictions on withdrawal faced by the depositors are minimised. With the approval of the scheme, LVB will be amalgamated with DBIL from the appointed date, and with this there will be no further restrictions on the depositors regarding withdrawal of their deposits.

DBIL is a banking company licenced by RBI and operating in India through wholly owned subsidiary model, DBIL has a strong balance-sheet, with strong capital support and it has the advantage of a strong parentage of DBS, a leading financial services group in Asia, with presence in 18 markets and headquartered and listed in Singapore. The combined balance-sheet of DBIL would remain healthy even after amalgamation and its branches would increase to 600, the statement said.

The speedy amalgamation and resolution of the stress in LVB is in line with the Government’s commitment to a clean banking system while protecting the interests of depositors and the public as well as the financial system. 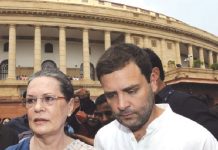