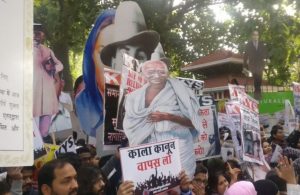 India’s Northeast, particularly Assam-Meghalaya-Tripura and West Bengal, Uttar Pradesh, Delhi and some other parts of the country have been rocked by protests after the passage of the Citizenship (Amendment Act) that provides for giving Indian citizenship by naturalization to members of Hindu, Sikh, Buddhist, Jain, Parsi and Christian communities.

It appears that the government did not apprehend the bash back as its intent was to provide facilitate citizenship to Hindus, Sikhs, Budhists, Jains, Parsis and Christians who had who crossed over from Pakistan, Bangladesh and Afghanistan till December 31, 2014.

What would be the political impact in West Bengal and Northeast would be seen in future because the BJP is in power in all the seven states while its performance during the 2019 Lok Sabha election has been good and it won 18 of the 25 seats in this region. The party also wants to reinforce itself in West Bengal.

The reason for the blowback in Northeastern states is that people fear that the new legislation will endanger their cultural and linguistic identities while in Bengal, Uttar Pradesh and Delhi where protests have turned violent, the Citizenship Act is being criticized for allegedly discriminating against Muslims.

Assamese apprehend that the Assam Accord of 1985 will now be rendered redundant. The Assam Accord regarded all those who entered the state after 1971 as illegal immigrants.

The Act is now also being challenged in the Supreme Court on the ground that it is discriminatory and ensures that illegal Muslim migrants excluded.

The events also cast a shadow on foreign relations, with Bangladesh Foreign Minister AK Abdul Momen saying his country has requested India to provide a list of Bangladesh nationals living illegally in the country and that it will allow them to return as they have the right to enter into their own country.

The Modi government had in the past done well on strengthening India’s foreign policy outreach on various international platforms.

But on the diplomatic front the protests would be a big blow as the Japanese Prime Minister Shinzo Abe has postponed his India trip for an annual bilateral summit. The UN human rights  office, the Commission on International Religious Freedom and the House Foreign Affairs Committee have also criticized CAA for undermining the basic tenets of democracy.

France, Israel, the U.S. and the U.K. have issued travel advisories for nationals travelling to India in view of the ongoing protests. States like West Bengal, Punjab and Kerala have refused to implement it.

The series of tweets by Prime Minister, Narendra Modi to assuage the tempers saying that “CAA does not affect any citizen of India as illustrates India’s centuries old culture of acceptance, harmony, compassion and brotherhood”, are welcome, though late. 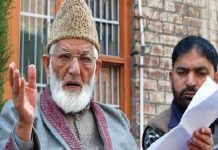