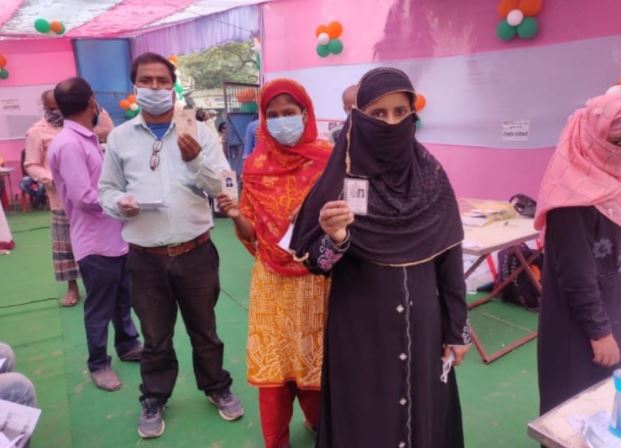 Voting was held on Tuesday for the bye-election on 54 Assembly seats spread across 10 states.

28 Assembly seats went for polls in Madhya Pradesh, 8 in Gujarat, 7 in Uttar Pradesh, 2 each in Odisha, Nagaland, Karnataka and Jharkhand, and one seat each in Chhattisgarh, Telangana and Haryana.

Ahead of the polling, Prime Minister Narendra Modi encouraged the voters to vote in large numbers and strengthened the festival of democracy.

The by-elections in Madhya Pradesh were necessitated after Kamal Nath’s 15-month-old government in the state fell, when 22 sitting MLAs of the erstwhile Congress government switched over to the BJP in March 2020.