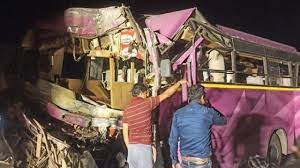 Three pilgrims were killed and 36 others injured when a bus carrying 60 people rammed into a truck on the Yamuna Expressway here, police said on Wednesday.
Superintendent of Police (Rural), Shrish Chandra, said the accident took place near Bajna on Tuesday night when the bus carrying pilgrims from Shahdara area of Delhi rammed into a truck laden with building material from behind.

The bus passengers were returning after offering prayers in Vrindavan. Police said the front portion of the bus was completely damaged in the accident and the devotees sitting in the front suffered serious injuries.

The injured have been admitted to various hospitals where the condition of six was stated to be critical, police said, adding the bodies have been sent for postmortem 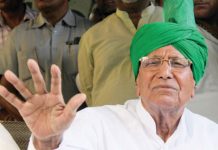