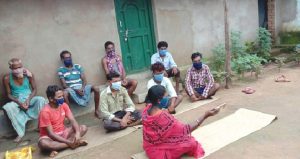 Through catchy voice messages, the Sajag programme running across Chhattisgarh is helping build meaningful ties between parents and children at a time when anganwadis are closed due to Covid-19. Aimed at strengthening the integrated child development services after the lockdown was announced, Sajag, which stands for aware in English, is being supported by the department of women and child development, along with UNICEF, Pune-based non-profit Centre for Learning Resources and HCL Foundation.

As part of the programme, audio messages are being circulated at various levels, starting from the district project officer (DPO) to child development project officers (CDPOs), supervisors, anganwadi workers and parents through the means of Whatsapp groups.

Supervisor Anima Sai posted in Dantewada district in Bastar division, told Tehelka that after audio messages are received on phones, they are sent to anganwadi workers for dissemination among parents. “We usually instruct them on these messages or audio clips which run for five to six minutes. Many of them also visit homes and explain parents the correct mode of behaviour with children during this critical period.”

As the audio clips are in Hindi, sometimes there is difficulty in understanding some words. In Bastar division comprising seven tribal-dominated districts, local dialects like Halvi and Gondi are widely spoken. Though many anganwadi workers know Hindi, some prefer these two dialects. Same is the case with parents. Another supervisor from Dantewada Usha Singh also admitted that language proves to be a barrier in some areas, and so, anganwadi workers talk to parents in local dialects while explaining the messages.

Dantewada DPO Brijendra Singh Thakur said as it is a semi urban district, more than 70 percent anganwadi workers use smart phones. However, he pointed out that the strategy is different for those districts where the usage of smart phones is low or almost absent due to poor network. In those areas, there is heavy reliance on home visits by anganwadi workers for discussions.

Pratibha Sharma, CDPO of Narayanpur district, looks after Abujhmar, a Maoist-affected hilly forested area with poor network connectivity. In the project area, Sharma has achieved 50 percent success due to low literacy rate. Mostly, phones are being used to play songs. But a few people who have connectivity get the messages instantly while others get them later, she explained.

According to Sharma, Sajag is a beautiful initiative, but the Hindi used is suitable for educated areas. However, to popularise the concept, she advocates listening to the clips more than once to understand the messages. “After a week of its launch, we started getting positive response. In one village, we made 20 people hear the messages, but many parents show lack of interest due to work burden. Most tribal families collect minor forest produce from forests and work in the fields to earn a living. Thus, they do not have much time on their hands. Earlier, they used to be free for five to six hours when anganwadis took care of their children.”

Imran Akhtar, CDPO of Kondagaon district neighbouring Narayanpur, said tribals often suffer from lack of awareness. According to him, Sajag is one of the best plans available to help parents. After the lockdown started, anganwadi workers started showing the audio clips not only to parents, but to entire families as other family members also contribute to a child’s development. 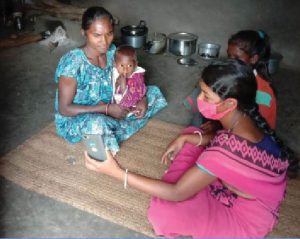 Anganwadi worker based in Dantewada Anita Sahu said home visits help in clearing parental doubts as well as encourage them to talk more freely. Many parents also contact us and ask relevant questions. “In the beginning, parents were clueless, but now Sajag is running smoothly. During this lockdown parents have forged closer ties with children.”

Supervisor Nisha Pandey posted in Jagdalpur, the district headquarters of Bastar district, said till now some 19 audio messages have been disseminated. After videos land up in phones, meaningful discussions are held with anganwadi workers and even parents are asked if they have listened to the clips. Pandey also visits parents to talk to them about the finer details of care giving during ration distribution and vaccination. As part of dry ration, rice, jaggery laddoos, vegetables, pulses and eggs are given under the Mukhyamantri Kuposhan Abhiyan. According to Sharma, some families shift to the hills to practise penda, a form of shifting cultivation. “We have to go all the way up and distribute ration to them. It is a huge challenge. They stay there for six months.”

Pandey pointed out that gradually some children are going out of their homes to play in the neighbourhood. But in the beginning mothers found it difficult to tackle them as they were completely locked up. She gives a lot of credit to anganwadi workers for making Sajag a success.

Manbati Kashyap, a mother of two children, said there are a lot of benefits derived from listening to the audio messages. Her four-year-old daughter Himanshi is in an anganwadi in Dantewada’s Chitalanka schoolpara area under the care of Veena Nag. As Kashyap does not own a smart phone, Nag shows the clips to her. An audio message talks about how saplings need both sunlight and water to grow. It goes on to say that the father and the mother are like the water and the sun and children need both parents for proper care. The audios are being prepared by the Centre for Learning Resources with support from the other three partners.

Through the audio messages, parents are told to behave in a friendly manner with children, Nag added. “When I distribute dry ration along with the sahayika, parents listen to me with rapt attention. We also tell them about what children should be made to eat for nutrition, besides parenting tips.”

Rasika Begum has a three-year-old son Rihan Das. “As anganwadis have closed, children are disturbing parents a lot. But the Sajag programme is helping us through audios clips and physical visits by anganwadi workers about how to interact with our wards. We follow whatever the anganwadi workers tell us and now children cooperate. On my part, I also call up and ask them about the next audios,” Begum said. She added there has been a perceptible
behavioural change in children after Sajag was launched.

Sangeeta Bind, CDPO based in Dantewada, said the audios ensure that parents do not feel burdened due to the closure of anganwadis. She added that the order for closing anganwadis came on March 13 and by March 25 all were shut. From that time till April 19 when there was a complete lockdown, children faced multiple problems.

Vaibhav Yadav from the Centre for Learning Resources said realisation dawned on us that as parents are at the frontline of childcare, there is a need to involve them. Sajag was designed in a way to create supportive environment in families. On part of UNICEF, education specialist Seshagiri KM Rao said the role of parents is vital in stimulating children’s minds. As a pilot, Sajag was launched in 2012-13 in one block of Rajnandgaon district of Chhattisgarh by the same name.

Till date, Sajag messages have reached an estimated 5 lakh beneficiaries across 28 districts of the state through the help of 1600 supervisors and 50,000 anganwadi workers. 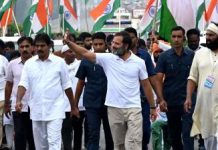