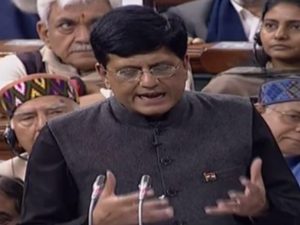 The Modi government will provide Rs. 6,000 to small farmers directly into their bank accounts in a scheme that will be funded 100 per cent by the centre. The programme will cost Rs. 75,000 crore. It will benefit 12 crore farmers. The scheme would be implemented retrospectively from September 2018.

The amount will be transferred in three installments of Rs 2000 directly to the farmers.

The announcement to this effect was made by the Union minister Piyush Goyal today during the last Interim Budget 2019 of the NDA government led by Prime Minister Narendra Modi before the Lok Sabha elections due before May.