The Jammu and Kashmir administration on Tuesday evening allowed broadband internet in parts of Jammu region but only on white-listed websites, an official order said.

Social networking sites, however, will remain under complete restriction, the order said.

The institutions that would be given internet access includes government websites and websites dealing with essential services, the order said.

It also stated that the institutions would be responsible for preventing any misuse and will have to take necessary precautions, including appointment of nodal officers, keeping record and monitoring usage, and having authorised users.

The administration asked internet service providers to offer broadband facility (with Mac binding) to all institutions dealing with essential services such as hospitals, banks and government offices, it said.

In order to facilitate tourism, the broadband Internet services would be provided to hotels and tour and travel establishments, it added.

The order said 2G mobile connectivity on post-paid mobiles for accessing white-listed websites including e-banking shall be allowed in districts of Jammu, Samba, Kathua, Udhampur and Reasi.

The order came days after the Top Court ordered a review of the curbs imposed in the Union Territory.

Internet services were suspended in Jammu and Kashmir since August, when the Centre announced to scrapping of the Constitution’s Article 370 and bifurcation of the erstwhile state into two Union Territories — Jammu and Kashmir and Ladakh. 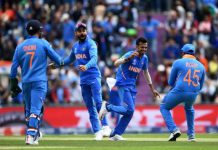