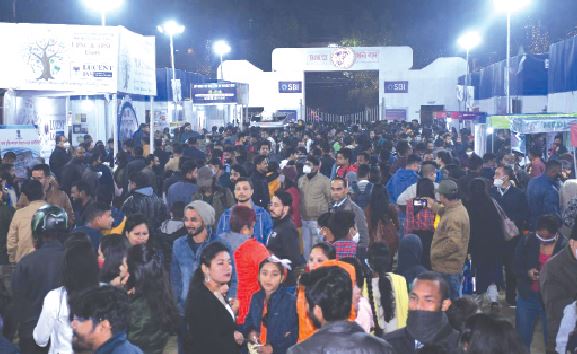 The 33rd Guwahati Book Fair (30 December 2020 to 10 January 2021) will be remembered for various reasons and one must be the visible space dedicated to the cause of Tibet and its peace-loving people. It was, in fact, the first big event across India as the un-lockdown process for the Covid-19 pandemic started. A huge number of book publishers, writers, journalists, conscious readers, onlookers assembled every day in the fair.

Popularly known as Guwahati Granthamela, organized by the government-run Asom Prakasan Parisad (Publication Board Assam) at Assam Engineering Institute playground in Chandmari locality of the city, had attracted from 30,000 to over one lakh visitors every day.

It comprised of around 125 stalls and the entry was made free. Books worth eight crore were sold in the fair which also witnessed a number of literary discussions, book release functions and various competitions among the children.

Representing CM Sonowal in the function, Goswami conveyed the goodwill to everyone commenting that books are the oasis in deserts which nurtures the intellectual and creative capacities of human beings. He also conferred the publication board’s lifetime achievement award for 2019 on eminent Assamese scholar Dr Thaneswar Sarma in presence of all dignitaries.

The former Governor of Tripura, Meghalaya and Arunachal Pradesh, Roy in his speech termed Assamese as a sweet language and expressed hope that the bonhomie between Assamese and Bengali  people would continue in  future too. A resident of West Bengal but familiar with the Assamese society, the outspoken author observed that the National Education Policy 2020 should immensely help in highlighting the regional languages and their literature.

Padmashri Thongshi, who is a resident of neighbouring Arunachal Pradesh, described various challenges surfaced due to the corona-pandemic. The Sahitya Academy awardee derived a positive note out of the pandemic with the increase of quality readers across the world. Thongshi expressed happiness that a collection of literary pieces including novels, short stories, folk tales, etc written in both Assamese and English by another Arunachali litterateur Lumber Dai was released in the function.

“We are satisfied with the public response to the book fair. The publication board continued to work soon after the un-lockdown began. We have reprinted many rare books in Assamese and also given space to new creations by established authors as well as promising authors,” said Pramod Kalita, secretary to the publication board, which launched the book fair movement in early eighties initially in collaboration with National Book Trust of India.

A novel narrating the life of a bus driver by debutant Rupam Dutta was sold like hot cakes, where an Assamese classic ‘Asimat Jar Heral Seema’ by Kanchan Baruah, a biography of veteran Congress leader Tarun Gogoi, the Assamese translation of Prime Minister Narendra Modi’s letters to his mother by Utpal Dutta also received well responses from the visitors.

CM Sonowal while taking time out of his busy schedule visited the book fair and collected some of his favourite books. He graced the stall erected by the State information and public relations department and interacted with the book lovers. Later he twitted that the books have the power to take everyone to a new world. He also fondly remembered his school days as a regular visitor to Granthamela.

The closing ceremony was graced by Asom Sahitya Sabha president Kuladhar Saikia and Bodo Sahitya Sabha president Taren Boro where both the heads of influential literary forums expressed satisfactions over selling of quantity books in the fair. Sumanta Chaliha, who presided over the meeting, revealed that the publication board itself sold books worth 12 lakh. He also thanked State education minister Himanta Biswa Sarma along with others for whole hearted supports for the fair.

A stall dedicated to Bangladesh literature attracted a large number of visitors where Bangladeshi diplomat Shah Mohamed Tanvir Monsur, now based in the city, was personally present for some time. The tourism department also participated in the fair with a cute stall for the first time with an aim to disseminate information about tourism potentials in the country for domestic tourists.

In a session discussing on post-corona challenges and possibilities by the book (publication) industry, various speakers were in unanimous that the pandemic had severely affected the sector including and also the physical newspapers, but at the same time it helped to increase the number of committed readers precisely among the new generation.

They opined that the process of publication and marketing of Assamese books also reemerged with new approaches to the technology driven profession for the interest of valued readers.

The speakers also highlighted the crisis faced by the print media industry as most of the readers still evade taking the newspapers inside their residences. Initially it was the rumour that newspapers could carry the corona-virus that discouraged senior citizens to read their favourite papers and lately challenges emerged as most of the newsy contents become swiftly available in various digital platforms.

Inaugurating the session, senior publisher Nabin Baruah described the hardship faced by the publication houses as the corona-pandemic hit the country in early March. He however opined that the disaster helped everyone to redefine his life in a tricky and isolated ambience.

Participating in the discussion, literary magazine editor Mihir Deuri, senior journalist Dixit Sarma, poet Nabajyoti Pathak, a vivid reader Nripen Dutta etc expressed concerns over the shrinkage of valued readers in various regional languages but opined with confidences that it’s time to promote Assamese as an internet-savvy language as well to reach millions of readers living in different parts of the globe.

A number of participants in the function, where scribe Biswajit Nath’s book was released, criticized various motivated individuals for deriving the term as saffron terrorism. Social activists Abhijit Sarma, Puspalata Nath, Ranjit Kalita along with scribe Bandeep Goswami in their speeches admitted that they too love the respect the saffron colour as it represents the magnificent treasures of Indian culture and traditions existing for thousands of years.

A documentary show on Assam police’s women commando unit named Veerangana was an interesting addition to the fair. State police chief Bhaskar Jyoti Mahanta and popular Assamese artiste Mridula Baruah graced the occasion where the Kishore Kalita directed film was screened. The 21-minute documentary narrates the story of those special female commandos who keep ready themselves to serve the women in dire need of security.

Showcasing the Tibetan culture added colours to the festival as two cultural evenings were dedicated to the land of Dalai Lama. Mesmerizing performances by the artistes from Gangjong Doeghar, an independent local organization comprising of Tibetans, Sherpas and Bhutias based in Kalimpong, engrossed the audience with fascinating music and dances. The freedom movement led by the exile Tibetans against the Communist regime in Beijing also came alive in a stall which was opened by Tibetan support group leader RK Khrimey.

Graced by the Tibetan exile government representative Jigmey Tsultrim and moderated by Buddha enthusiast Soumyadeep Datta, the stall exhibited a number of exotic photographs depicting the lives of common Tibetans in and around the Potala palace in Lhasa. Moreover, strong political messages for a Free Tibet were also aired with the tagline that China was never a neighbor to India (but Tibet) and Beijing’s ongoing destructive activities on Yarlung Tsangpo (Brahmaputra in Tibet) would only devastate the ecology of northeast India and northern Bangladesh. 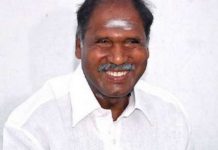