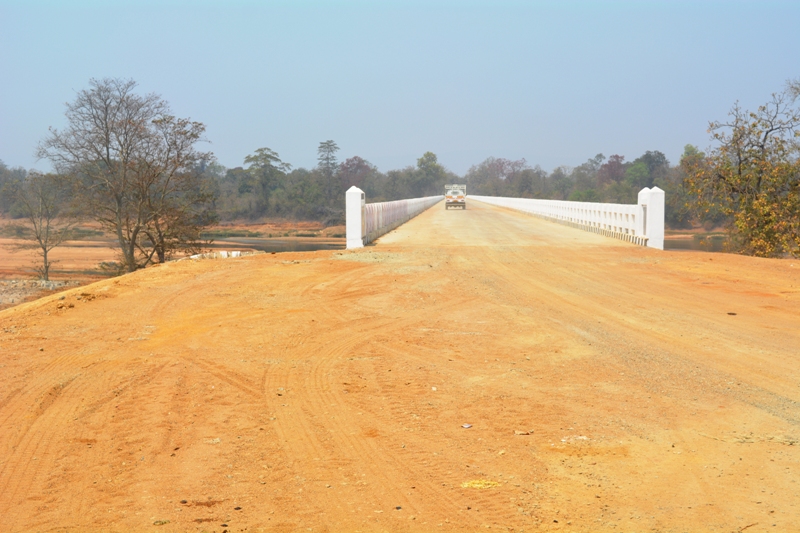 Two bridges, one inaugurated in January this year and another under construction, bring a ray of hope to Dantewada’s rural population, reports Deepanwita Gita Niyogi

Not so long ago, Pilsuram Netam had to rely on wooden boats to cross the mighty Indravati river. A tributary of the Godavari, the Indravati is considered the lifeline of the entire Bastar sub-division comprising seven districts in southern Chhattisgarh. It is the most important river in central India.

A resident of Pahurnar village in Geedam block of Dantewada district, Netam recalled his fearful experiences of trying to cross the Indravatri, especially during the peak monsoon months of June to September, when the river is swollen.

“The residents of my village used boats to cross the river to reach the other side for essential supplies like food grains and medicines. It used to be a huge problem for us, especially during the rains. Many of us feared for our lives,” the youth said.

Netam’s troubles are now over. The 712-metre long Chhindnar bridge, built at a cost of approximately Rs 45 crore, has answered his prayers and that of many others like him. The bridge was inaugurated on January 25 by Chhattisgarh chief minister Bhupesh Baghel as part of development aimed at connectivity with remote cut-off areas. 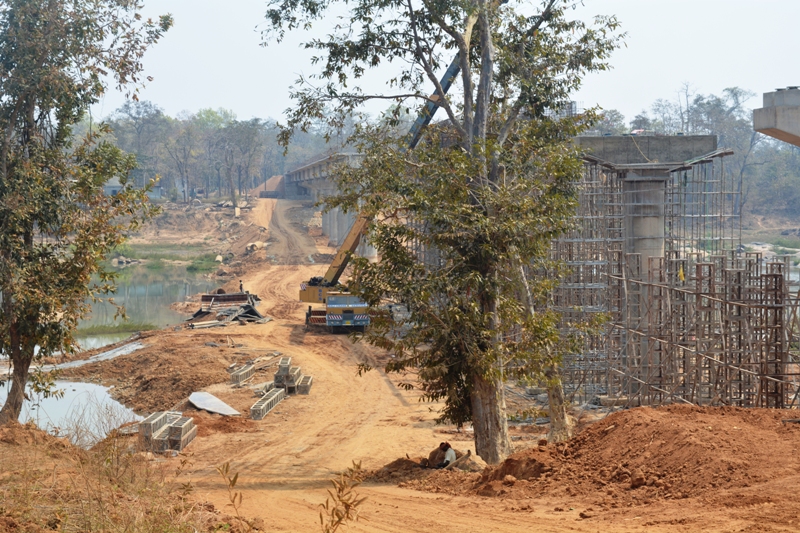 Other than coming as a source of relief to Pahurnar residents, the Chhindnar bridge has also opened up connectivity with remote villages inside Abujhmar. The entire Bastar sub-division is a Maoist-affected region. But the state government is making efforts to connect Abujhmar to the outside world which remains totally isolated during the monsoon. Altogether, six bridges are being planned on the Indravati.

Many people like Netam feel that the bridges will facilitate the movement of essential supplies and aid in the movement of central paramilitary and police forces. The structures will also open up Abujhmar to outsiders and benefit its residents by giving them access to irrigation, power supply and medicines.

Whereas Netam and others once crossed the river to get the basic supply of rice, Pahurnar resident Patiram Kashyap said his village now has a ration shop and supplies are being brought regularly after the Chhindnar bridge opened up.

He added that work on similar bridges is on at present at Badekarka and Pundri village in Bijapur district. “The bridges will connect Orchha block in Narayanpur district which is part of Abujhmar. After the Chhindar bridge was inaugurated, movement by people is being noticed regularly. Four to five gram panchayats will be connected through these bridges linking Dantewada with adjoining Narayanpur and Bijapur districts. People will also consider marriage proposals from these places which were not much thought of earlier. Mostly, marriages used to take place within nearby villages,” Kashyap added.

Kashyap’s neighbour Shivram Kashyap has an elder sister living in Orchha block of Narayanpur after her marriage. Though he visits her on bike, both feel that now such journeys will increase.

A few kilometres away from Pahurnar, contractor Pappu Sahani is monitoring the construction of the semi-finished Badekarka bridge, which is expected to be completed by June. “Some 100 people are working daily at the site. Earlier, boats were the only means of crossing the river. A CRPF camp has been stationed for providing security to the workers and work is going on smoothly,” Sahani said.

Development professional and social worker Pramod Potai, who works for the cause of tribals in Bastar, pointed out that the bridges are a godsend to people. Accidents often used to happen and boats capsized during the monsoon season.

As a result of the bridges, several remote areas will witness rapid development in future. Remarking on the progress, Dantewada district collector Deepak Soni said that the Chhindnar bridge which was completed in just two years has sent out a good sign among the people of the district.

“After the Chhindnar bridge was inaugurated, it has become easy for the district administration to provide facilities to people living in far-flung villages. Now, mobile medical units are reaching villages and so are ambulances. Health camps are also being organised. Construction of schools and anganwadi centres has started in remote areas,” Soni added.

A government engineer, on the condition of anonymity, said efforts are being made to complete the Badekarka structure in two months. He admitted that workers at the site cannot have a free hand always and have to work under heavy protection, especially on the other side of the Indravati.

“Sometimes the security personnel have to go on other duty like ROP (road opening party) and hence, we do not get protection every day. Two other bridges are also being constructed on the downstream of the Indravati in Bijapur.”