CIVITS (China, India, Vietnam, Indonesia, Turkey and South Africa) are fast emerging as the new global poster boys, and might well leave BRIC — the term coined by Goldman Sachs economist Jim O’Neill for the Brazil, Russia, India and China combine – way behind. What’s taken CIVITS ahead of BRIC are basically two factors: the huge domestic demand in South Africa and Indonesia, and the emergence of Vietnam and Turkey as the new investment destinations.
“All four are growing rapidly and promise a sound economic future; whereas Russia and Brazil have failed to live up to their earlier promise. It’s thus no surprise that they are being replaced,” says Suresh Tendulkar, senior economist and former chairman of the Prime Minister’s Economic Advisory Council.
After O’Neill’s coinage, BRIC became virtually a paradigm to measure the increasing transfer of economic power from developed nations to emerging markets. But now, it’s CIVITS that is being most closely wooed and watched. For instance, in the past year, both India and China grew rapidly despite the global slowdown. The Indian economy grew at a healthy 8.8 percent during the first quarter (April-June) this fiscal. And the Reserve Bank of India estimate suggests it is likely to grow at 8.5 percent through 2010-11. China is poised to grow even faster. During the second quarter, its economy grew 10.3 percent.
The Indonesian economy too saw 6.2 percent growth during the second quarter of the current fiscal; it was 5.7 percent during the first. On the other hand, the Russian economy grew by just 3.1 percent during the first quarter of this year.
But, considering that second quarter gross domestic product growth was just 1.2 percent in the UK and 1.7 percent in the US, some economists are completely unwilling to buy the line that CIVITS will necessarily beat Russia and Brazil. “The long-term prospects of the Russian economy look good, and Brazil’s too is growing at a comfortable pace,” believes DK Joshi, chief economist at credit rating agency CRISIL Ltd, the Indian arm of Standard and Poor’s.
According to him, removing Russia and Brazil from the watch list is as premature as it is off beam. 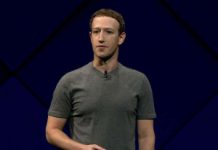