The legislator couple, arrested on April 23 amid a row caused by their announcement that they would recite the Hanuman Chalisa outside Maharashtra Chief Minister Uddhav Thackeray’s residence in Mumbai, got bail earlier in the day.

“There can not be anything more stupid then arresting someone for reciting the Hanuman Chalisa. This was foolishness of the government and the grant of bail establishes that,” Fadnavis, a former chief minister, told reporters here.

The Rana couple were arrested on April 23 by the Mumbai police under various provisions of the IPC, including sedition and `promoting enmity between groups’, even after they dropped their plan to recite the Hanuman Chalisa outside the Thackeray residence. On Wednesday, a court allowed their bail plea. 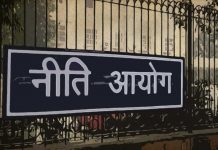