Seeking treatment for her frigidity or what she described as sexual dysfunction, Marie Bonaparte, great-grandniece of Napoleon, consulted Sigmund Freud. It was to her that the father of psychoanalysis remarked, “The great question that has never been answered and which I have not yet been able to answer, despite my thirty years of research into the feminine soul, is ‘What does a woman want?’”
Freud’s question remained a mystery until award-winning and bestselling author of In the Land of Magic Soldiers and God of the Rodeo, Daniel Bergner sat down to paint an unprecedented picture of women and their sexuality, as we know today. Drawing on intricate research and interviews with renowned behavioural scientists, sexologists, psychologists and everyday women, his book, What do women want? — Adventures in the Science of Female Desire, challenges preconceived notions on matter of eros that we otherwise tend to accept as psychological axioms. For instance, men are animals and need to be tamed by society for most parts, but, this subjugation of their ‘natural state’ isn’t complete without them asserting it in endless ways of pornography, promiscuity and infinite gazes directed at passing bodies of desire.
Meticulous experiments and extensive research have been recorded in the book to disrupt stereotypes and produce explosive evidence which pull women out of their lower strata of the sexually liberated.
Among the most interesting experiments in the book to decode female sexuality and uncover what lies at the heart of it, are the works of Meredith Chivers, a professor of psychology at Queens University. Stripping away societal codes or creating primordial situations where she could, at a primitive level, find out what turns women on, was not possible physically for Chivers. Instead she created a plethysmograph, a male version of which was invented by Kurt Freund, an icon in sexology, way back in the 1950s. Chivers’s instrument consisted of a miniature bulb and a light sensor that is placed inside the vagina to gauge its wetness and track vaginal pulse amplitude.
Sitting on a brown leatherette La-Z-Boy in dimly lit lab in Toronto, women were shown a series of clips – men with women, men with men, women with women, lone men and women masturbating and two bonobos mating. Result? Chivers’s subjects, straight or lesbian, were turned on right away by all of it, even copulating apes. “To stare at the data amassed by the plethysmograph was to confront a vision of anarchic arousal,” says Bergner. Female libido to him looked omnivorous. The indiscriminate blood throbbing and catalysed lust busted first of the many myths.
These women also held a keypad throughout the experiment to score their arousals subjectively. The results of the keypad were in stark contradiction to that of the plethysmograph. “Minds denied bodies,” Daniel writes “the self-reports announced indifference to bonobos, straight subjects admitted much less arousal to women touching themselves or enmeshed with each other and there was an objective-subjective divide in the data given by lesbians too.” The discord between the self-scores and the instrument readings resonated the lies women tell world over, about their sexual desires.
Next in line was the big question, do women really crave intimacy and emotional connection? Once again scores of women were caught lying to themselves as they told Chivers, after another experiment, that strangers aroused them least. Meanwhile Chivers stared at massive data recorded by the plethysmograph stating the opposite – longtime lovers, male or female, were edged out by unknown men and women. And while lovers were seen as perfect dreams, sex with strangers delivered a blood storm. This most certainly doesn’t fit well with our societal assumption that emotional intimacy is a pre-requisite for women to establish a sexual relationship with a man (or woman). As it turns out, eroticism thrives best on something raw. This idea, says Bergner, wasn’t completely new, but it tended to be offered as an exception rather than the rule. “The raw was important to few women; it was the material of only intermittent fantasy for most. Here was systematic evidence to the contrary, the suggestion of a new, unvarnished norm.” Come on ladies, let’s admit it now!
Females of the human species are not the only ones to have been mistakenly considered passive in their sexual encounters. Through the works of Kim Wallen, a psychologist and neuroendocrinologist, Bergner in his book extends the same idiom to the rhesus monkey, a species that went into space in ’50s and ’60s as stand-ins for humans to see if we could survive trips to the moon. As was the wisdom in the seventies, female pheromones were considered responsible for attracting the males who then initiated sex. But, what was evidently missed was that females of this species are bullies and murderers, the generals in brutal warfare, the governors. “It so flew in the face of prevailing ideas about the dominant roles of males,” Wallen said, “that it was just ignored.” Years spent on studying the behaviour of the rhesus introduced Wallen to their promiscuity. “She has sex,” Wallen said, about rhesus females on the whole, “and when he goes into his post-ejaculatory snooze, what does she do? She immediately gets up and goes off and finds another.”

However, Wallen doesn’t imply perfect correspondence between female rhesus and average human female due to subtlety in the impact of ovulation of the latter. During one such experiment he quips, “One lesson is that you don’t want a woman to form her first impression of you when she’s in the wrong menstrual phase. You’ll never recover!”
Of all that has been said and written about female sexuality, ‘rape fantasies’ continue to be an untouched topic in the mainstream. In the chapter ‘The Alley,’ Bergner recounts a number of such fantasies submitted by various women. A woman offered an explanation, “I don’t have to explain myself to Jesus.” Rape fantasies remove guilt, says Bergner, and women embraced them to escape the shame and constraints imposed on their sexuality since an early age. The anatomical logic to the idea, he said, is that calling up thoughts of rape and feelings of fear could quickly provoke the spasms of climax.
A frequently offered argument here is that ‘rape fantasy’ is a paradoxical term. If you are fantasising about it, then it cannot be rape. Marta Meana, Professor of psychology at University of Nevada elaborates in agreement that the two ideas can’t coexist, “In fantasy we control the stimuli. In rape we have no control. They’re really fantasies of submission.” Occupying the realm that is far from the actual and yet psychologically close, Bergner contests that we don’t want to live all of it but our fantasies speak of our desires. Disagreement on this topic will follow at large by many, but what is not up for debate is the fact that rape fantasies are deeply rooted in the narcissism that is embedded in female sex drive.
Further, among our culture’s more treasured and entrenched ideals is monogamy, which dictates not only our domestic dreams but prevents society from unravelling. Bergner writes, “One of our most comforting assumptions, soothing perhaps above all to men but clung to by both sexes, that female eros is much better made for monogamy than the male libido, is scarcely more than a fairy tale.”
Women’s desire, in its inherent range and innate power, Bergner says, is an underestimated and constrained force. Probably it’s time for niceties to vanish and convention to crack. Female desire is, at base, nothing if not animal. Passing on the book, assuming it to be an amateur rant would be a big mistake, for it is nothing less than a revelation for men and women, across the globe. Brace yourselves because your most cherished myths about women’s desires will soon be shattered.
aishwarya@tehelka.com 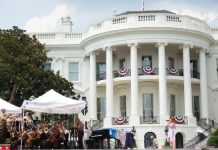 Two killed, 14 injured in mass shooting at party in US’... 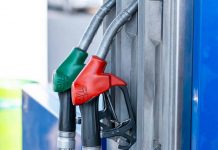