The high court also asked the BMC to file a reply on Kangana’s petition in the matter.

Kangana’s lawyer Rizwan Siddiqui filed a petition in the High court against the BMC demolition drive at Ranaut’s property.

Meanwhile, Kangana has reached Mumbai and her team also shared the videos of the property where the demolition drive took place on her official twitter account.

She said, “There is no illegal construction in my house, also government has banned any demolitions in Covid till September 30, Bullywood watch now this is what Fascism looks like.”

Kangana in a series of tweets said, “As I am all set for Mumbai Darshan on my way to the airport, Maha government and their goons are at my property all set to illegally break it down, go on! I promised to give blood for Maharashtra pride this is nothing take everything but my spirit will only rise higher and higher.”

Sharing pictures of demolition being conducted inside her office, she said, “Pakistan…. #deathofdemocracy, I am never wrong and my enemies prove again and again this is why my Mumbai is POK now #deathofdemocracy.”

BMC had served ‘Stop Work’ notice at Kangana Ranaut’s office on September 8, a day after BMC inspected the space.

BMC served the notice under section 354/A of the Municipal Corporation Act. The notice was pasted on the actress’ office gate. According to sources, Kangana’s lawyer filed a reply to the notice yesterday but BMC said that the reply was unsatisfactory and started the demolition.

The development came amid an ongoing war of words between Shiv Sena’s Sanjay Raut and Kangana Ranaut. 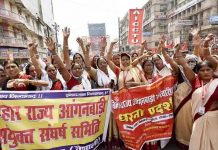 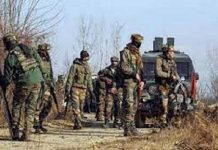