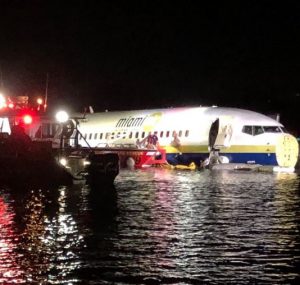 A Boeing 737 commercial jet slid into the St John’s River near Jacksonville, Florida after landing on Friday, a spokesman for Naval Air Station Jacksonville said.

“We have a commercial plane down on the river. I’ve been briefed by our Fire and Rescue. They are on the scene. While they work please pray,” Jacksonville Mayor Lenny Curry tweeted.

Mayor further said, “I’ve been briefed that all lives have been accounted for. Teams working to control jet fuel in the water.”

No fatalities were reported so far in the incident.

A spokesman from the Naval Air Station Jacksonville said, “the plane went into the river at the end of the runway at about 9:40 p.m.”

“The plane was not submerged. Every person is alive and accounted for,” the Jacksonville Sheriff’s Office said on Twitter.

“21 adults transported to local hospitals by @JFRDJAX. All listed in good condition, no critical injuries,” the Jacksonville Sheriff’s Office added. 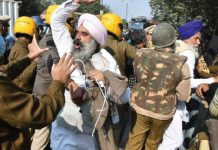