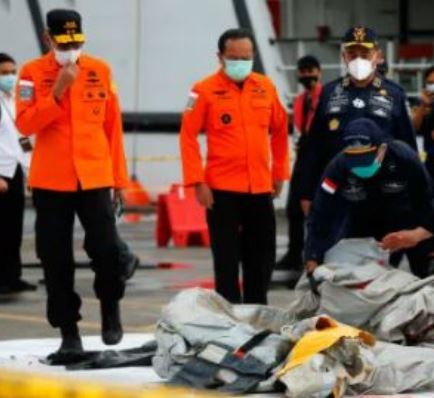 Indonesian rescuers pulled out body parts, pieces of clothing and scraps of metal from the Java Sea on Sunday, a day after a Boeing 737-500 crashed shortly after takeoff from Jakarta.

The debris and the wreckage have been found by the rescue teams. As per the authorities, sixty-two were on board including crew.

Indonesian military chief Air Chief Marshal Hadi Tjahjanto said teams on the Rigel navy ship had detected a signal from the aircraft, which fit the coordinates from the plane’s last signal contact before it went missing.

The plane had departed from the Soekarno-Hatta airport in Jakarta on Saturday and the last contact with the plane was made by aviation authorities four minutes after its takeoff.