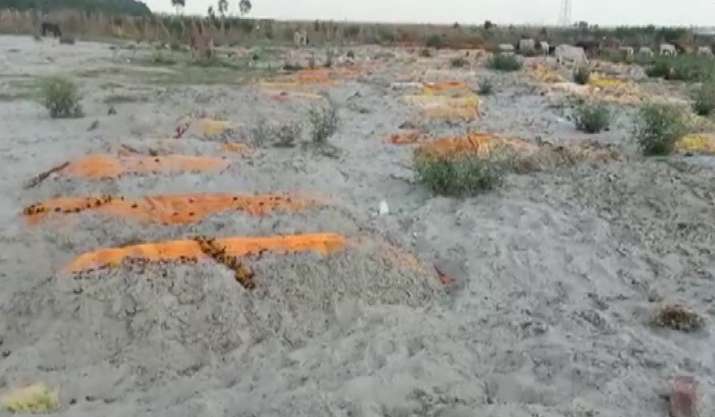 Unidentified bodies were found buried in sand in at least two locations along the Ganga river in Uttar Pradesh’s Unnao district on Wednesday.

The incident came days after bodies of suspected Covid-19 patients were spotted floating in Bihar, Madhya Pradesh, and other parts of eastern Uttar Pradesh.

Authorities have not been able to confirm yet whether the bodies were of Covid-19 patients, said DM Ravindra Kumar.

One of the spots where bodies were found, is a major cremation spot for three districts of Fatehpur, Rai Bareily, and Unnao. Some burn the bodies, others bury them in the sand by the river he said.

On Monday, floating bodies in Ganga in the Buxar district of Bihar had caused panic among the residents.