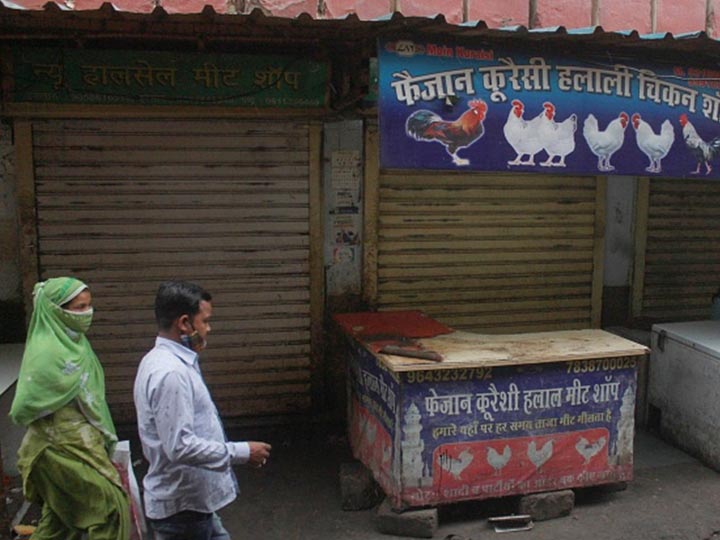 The recent ban on selling meat during Navratri makes one sit up and ask: Is this my India? Is this the country that works to favour Hindus over Muslims? Gives precedence to Navratri over Ramzan?

Yet nothing stops Hindus from going to Delhi’s Jama Masjid or Lucknow’s Chowk, the city’s food hub, to savour the shahi tukda, the special kulfi or sherbets.  If Muslim shopkeepers prepare sherbets from poppy seeds during Navratri for their Hindu customers, Hindu shopkeepers especially prepare dishes for their Muslims customers with sabza seeds.  Some go that extra mile to improvise the sabudana kheer with dollops of malai or rabri. During Navratri sabudana is a staple food.

Pitch this against the recent ban on selling meat during Navratri and one sits up to ask: Is this my India? Is this the country that works to favour Hindus over Muslims? Or give precedence to Navratri over Ramzan?

If recent developments are anything to go by then unfortunately the answer is yes.

It started with South Delhi Municipal Corporation (SDMC) Mayor Mukesh Suryan spearheading a move to ensure closure of all meat shops operating in the area during Navratri. The ground: People’s sentiment when most Hindus turn vegetarian apart from the fact that a large number fast through the nine days.

That Suryan woke up two days late is another matter. He geared up on April 4 to rope in the area Commissioner to enforce the ban. The Navratri festival commenced on April 2 through April 11.

Dates apart, Suryan conveniently forgot that the “people” he was talking about in South Delhi, the area he had targeted, has a sizeable Muslim population. And they are essentially meat-eaters.

More importantly, Navratri coincides with Ramzan: also a month of fasting for the Muslims. And even while they stay without food and water from sunrise to sunset, they break their fast with a sumptuous non vegetarian meal. Hence depriving  them of their ”staple” is not only unjust but also insensitive and inhuman. 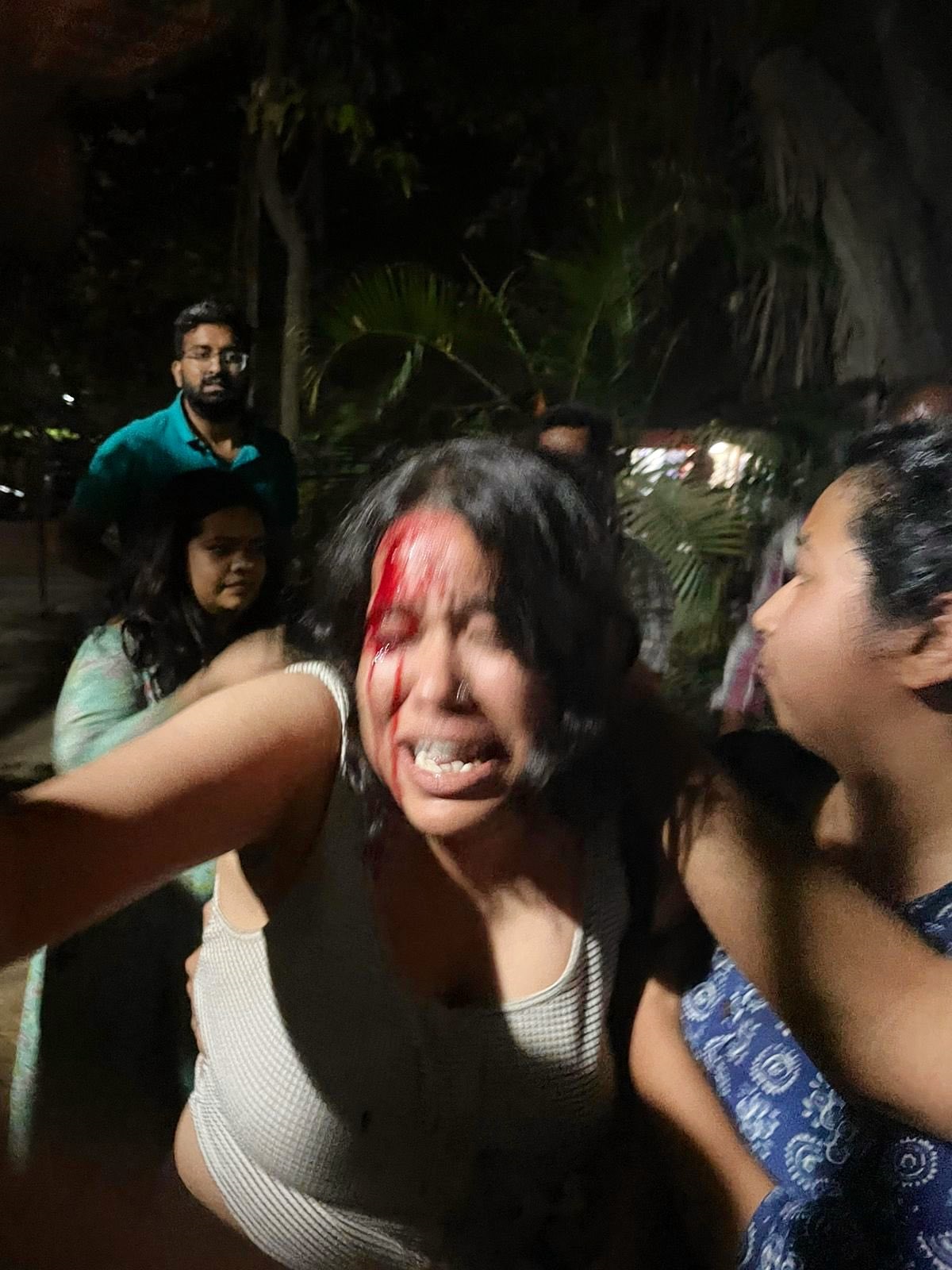 Therefore, Suryan and the BJP need to redefine “ people”; they need to ask themselves if in their scheme of things people are synonymous with Hindus only or do they include Muslims as well. And if they do, then imposing vegetarianism on Muslims during Hindu festivities is one sided and unfair.

Equally unfair is the fact that the so-called meat ban adversely affected the sellers because owing to Ramzan they had not only stocked up sufficient quantities but were also expecting to do good business during this period. The sudden announcement was a setback because many of the traders were forced to shut shop and suffer losses.

Adding to this insanity is a Member of Parliament, Parvesh Sahib Singh who said that meat shops across the country should be shut during Navratri.

Decidedly, politics is top of the mind for the BJP as it should be for every political party. That the BJP takes the lead is a given. It is common knowledge that the BJP thrives on decisive politics, namely targeting the Muslims and thereby get Hindu votes in the party’s kitty.

While on politics, one cannot fault the BJP for pursuing the agenda of Hindutva because it has worked to its advantage. Not only did it propel it to power in 2014 but has helped it go from strength to strength in the years that have followed.

In 2019, the spectre of demonetization had loomed large and one  heard BJP MPs saying that they dread going back to their constituencies: “Joote marenge log”, they will beat us with shoes, was then the refrain for fear that people were angry at the hardship that they had to undergo when they were unable to draw their own money from the banks, thanks to the restricted cash flow.  In the elections that followed the BJP improved its tally.

Post Covid, people were angry once again: as  bodies piled up and even crematoriums were full up, the people felt that the government and more particularly Prime Minister Narendra Modi had let them down.

It is true that the entire BJP machinery and the big guns, Prime Minister included, were busy fighting West Bengal Chief Minister Mamata Banerjee even while the country was running from pillar to post for oxygen, hospital beds and medical care. Once again the death knell of the BJP was sounded but in 2022 of the five states that went to polls, BJP bagged four.

In the crucial state of Uttar Pradesh, the BJP  well crossed the halfway mark and state Chief Minister Yogi Adityanath  created history by being the first Chief Minister to return to power after a full term.

It is against this backdrop that the Party’s Hindu agenda fits in well with its electoral game-plan. Viewing it from a narrow prism, it perhaps makes sense for the stakeholders too. But looking at it nationally, the damage is far greater than one can comprehend. It will damage the social fabric to its core and unwittingly make one community blood thirsty for another with the BJP calling the shots. Therefore the meat politics, as the recent ban can be best termed serves a purpose that the BJP can milk to its advantage.

While on meat, there is the jhatka versus halal controversy also raging.  The two are different forms of slaughtering the animal.

Muslims follow the practice of halal wherein the animal is slaughtered slowly while reciting lines from the Holy Quran. Jhatka, as the word implies in Hindi, is chopping the head of the animal in a single stroke. Most of the meat sold in India is halal.

Because of the religious significance of halal, non-Muslims are excluded from this process. As compared to jhatka, halal is a thriving industry.

Hindu groups have woken up to this and are demanding a ban on halal establishments to encourage jhatka meat shops.

Taking the lead is the state government of Karnataka that has mooted for compulsory stunning of animals in slaughter houses in Bengaluru.

For the uninitiated, slaughtering of a stunned animal is not halal. In other words, it is kind of taboo for Muslims on grounds that it goes against the ritual of halal and defiles the religious significance of the process.

The timing of the state government’s diktat is interesting: the government order enforcing “compulsory stunning” came just ahead of the Ramzan month. Right wing groups did their bit by starting a campaign against the purchase of  halal meat. Linking it to the Muslim community, these groups called upon the Hindus to boycott halal meat.

But this was perhaps a precursor. The flashpoint was to the run up to the Ramnavami festivities which were marred by violence.

Ramnavami is celebrated every year to mark Lord Ram’s birthday.

To begin with, clashes broke out in Jawaharlal Nehru University in Delhi. The flash-point: non-vegetarian food being served in a hostel mess on Ram Navami.

According to reports, members of the Akhil Bharatiya Vidyarthi Parishad or ABVP, a right-wing students organisation, allegedly attacked students who had eaten meat in the hostel mess on Ramnavami. As against this, the ABVP accused the “leftist” for obstructing the Ramnavami Puja celebrations.

That apart, incidents of violence, stone pelting, and arson were reported from several states including  Madhya Pradesh, Gujarat, Jharkhand and West Bengal among others.

Communal clashes in Gujarat led to a 65-year-old man being killed in the violence; curfew had to be imposed in Madhya Pradesh when matters escalated after people of a particular community objected to the loud music being played during celebrations; arson attacks occurred in Jharkhand; shops were ransacked in West Bengal and locals were assaulted in Goa.

The BJP has alleged that in West Bengal, the Police attacked people who participated in the Ramnavami festival. Meanwhile, Maharashtra Home Minister Dilip Walse Patil has alleged that “some people” are instigating riots and creating differences between two communities.

Of course, there are allegations and counter allegations without any clarity on who started it all.

This is one part but there is another which is grave and puts a question mark on the rules of governance. It is also one that brings back grim memories of the Emergency: an assault on the democratic rights of the citizens of India.

Those were bulldozer days when homes in the walled city of Delhi were targeted. It was in April 1976 that the first bulldozer reached Turkman Gate to raze the structures to the ground. For the Indira Gandhi regime, remote controlled by her younger Sanjay Gandhi these were illegal structures but for the people they were homes, many of them rich with memories of their ancestors.

The period and the actions that came with it remain a blot on India’s history: it is a horrific saga of blood and bullets and one that is difficult to erase.

The terror of the bulldozer has come alive yet again.

The BJP led state governments  under the current regime have  unleashed them on its citizens. In this context, two Chief Ministers can be called out: UP’s Yogi Adityanath and Madhya Pradesh’s Shivraj Singh Chouhan.

The seer turned Chief Minister has been renamed “Bulldozer Baba” by his people after his government used bulldozers to demolish properties of criminals and mafia dons.

Chouhan, popular as Mama in his home state, earned the nomenclature of  “Bulldozer Mama” when he ordered bulldozers to bring down houses of those accused in the Ramnavami violence. Houses of rioters were demolished. Clashes in Madhya Pradesh, like in several other parts of the country, erupted during  the Ramnavami processions in the state. One of Chouhan’s minister’s declared: “Jis ghar se pathar aaye hain, us ghar ko hi patharon ka dher banaenge”, the houses from where the stones were hurled at us will be turned into rubble.

Focus has now shifted to  the state government’s overdrive to take revenge on alleged rioters. Instead of balming wounds, those in power are scraping them.

At this point one needs to stop and ask duly elected governments whether revenge rather than action is the new normal?  Is the bulldozer terror being revived in BJP’s India? And will saviours turn criminals? These are obvious questions which the roar of the bulldozers cannot drown.

Recent developments have seen one community pitched against the other. The BJP that carries Ram on its sleeve is witness to festivities turning bloody. Instead of counting blessings, the people are counting the dead; instead of chanting hymns in the name of Ram the final prayer is being read.

The trigger may be the processions but the violence that has followed threatens to disturb harmony and disrupt whatever little goodwill there is left between the two communities. Battle lines are drawn between those who worship Ram and those who do not.

It is a wedge that is here to stay at least till divisive governments are calling the shots. Ramnavami may be over but the battle has just begun.