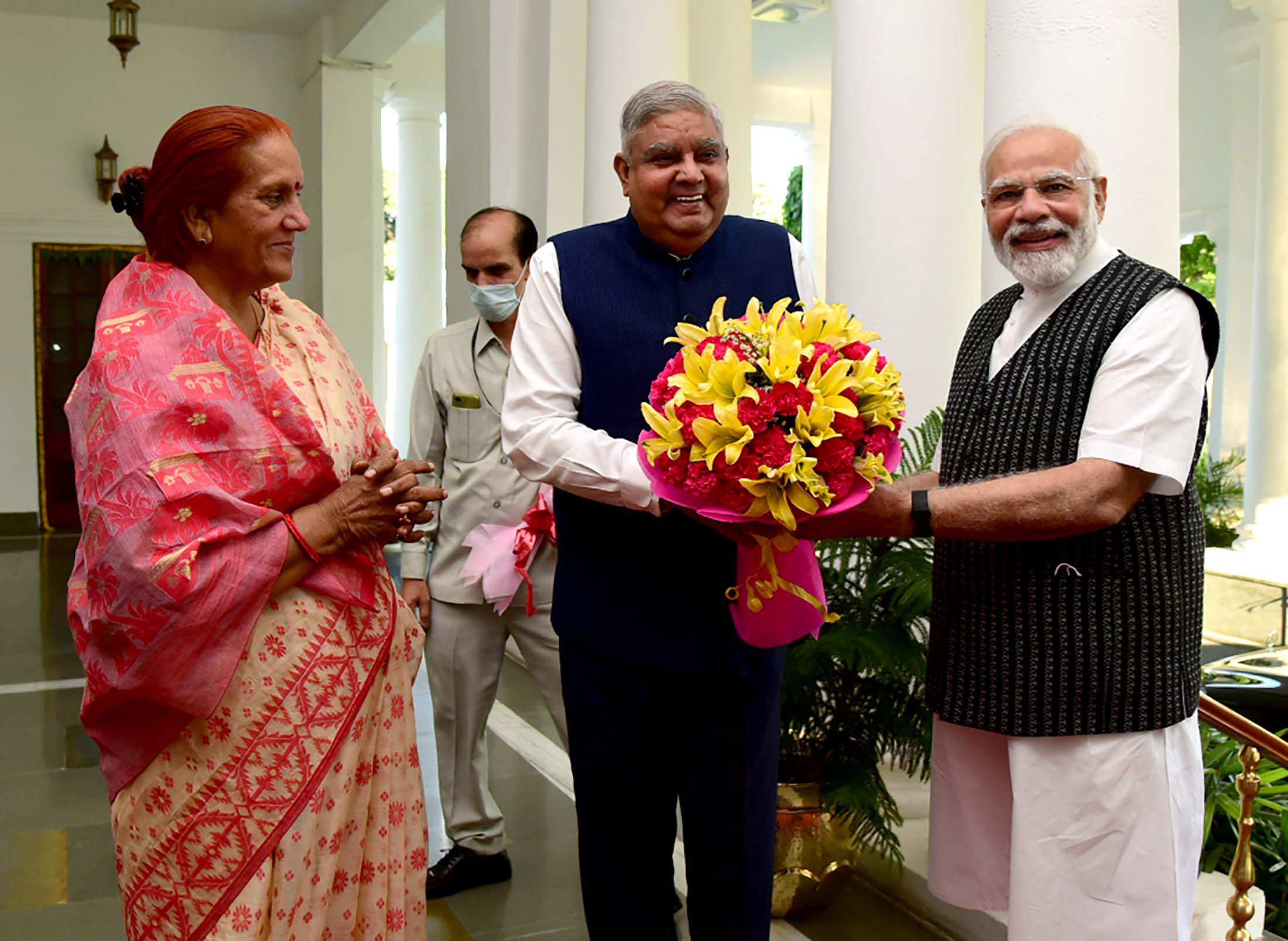 Jagdeep Dhankhar, 71, who has been sworn in as 14th Vice President of India comes from Jat community of Rajasthan. The BJP move is aimed at appeasing Jat voters who had voted for BJP in 2019 general elections but alienated after the farmers’ agitation, writes Mudit Mathur

Jagdeep Dhankhar,71, was sworn in as 14th vice president of India succeeding M. Vankaiah Naidu whose tenure came to an end on 10th August, 2022. The President of India Droupadi Murmu administered him the oath of office at a brief ceremony in the Durbar Hall of Rashtrapati Bhawan attended by political leaders cutting across party lines.

Earlier, Dhankhar, a prominent Jat leader from Rajasthan, as a candidate of National Democratic Alliance (NDA) won the almost before-hand decided contest by securing 528 (72.8%) votes while the joint opposition candidate Margaret Alva polled 182 (25.1%) votes. Alva was supported by 17 Opposition parties, including the Congress, the Nationalist Congress Party (NCP), Samajwadi Party, Rashtriya Janata Dal (RJD) and the Left Parties. The Trinamool Congress (TMC) however did not support Alva and abstained from voting on grounds that her supporters had not consulted her while finalising her name.

Dhankhar comes from the Jat community of Rajasthan who have been publicly expressing their anger with the farm policies of BJP including fixation of fair MSP of various crops. They also agitated for securing reservation in the category of other backward classes (OBC) but remained loser on all fronts. The strategic move of ruling BJP is aimed at appeasing Jat voters who voted for BJP in 2019 general elections but farmers’ agitation developed cracks in their support base. Rajasthan’s state assembly elections could be a major challenge before the BJP but Jats have their influence in western Uttar Pradesh, Haryana, Punjab and National Capital Region (NCR) too.

Dhankhar began his political career as a Janata Party member and won Jhunjhunu seat of Lok Sabha in Rajasthan during 1989-91. He served as the minister of state, parliamentary affairs, in V.P. Singh’s Janata Party government between April and November 5, 1990. In 1991, he switched over to Congress and contested the Ajmer Lok Sabha seat but lost. In 1993, he became a member of the Rajasthan assembly from Kishangarh, but in 1998, he came third in the Jhunjhunu Lok Sabha seat. Thereafter he joined the BJP in 2003 and was part of the party’s 2008 assembly election campaign committee. In 2016, he was the national convener of the BJP’s law and legal affairs department.

Professionally, Dhankhar enrolled with the Bar Council of Rajasthan as an Advocate in 1979. He was designated as Senior Advocate by the High Court of Judicature for Rajasthan in 1990, and was the senior-most designated Senior Advocate of the state till taking the oath as Governor on 30 July 2019. Since 1990, Dhankhar had been practicing primarily in the Supreme Court of India. He has appeared in various High Courts of India. He is a former President of Rajasthan High Court Bar Association, Jaipur. Dhankhar had appeared in the Sutlej River water dispute in 2016, he argued on behalf of the state of Haryana in the Supreme Court of India.

West Bengal had never seen a governor like Dhankhar who engaged in continued confrontation with the state government, even targeting the chief minister on several occasions. Dhankhar hit more headlines than his Kerala counterpart Arif Mohammed Khan while confronting with the respective state governments. He pulled up Mamata Banerjee all the time to please Modi-Shah duo, who deputed him to tame her as she had become a bigger challenge to their rule.