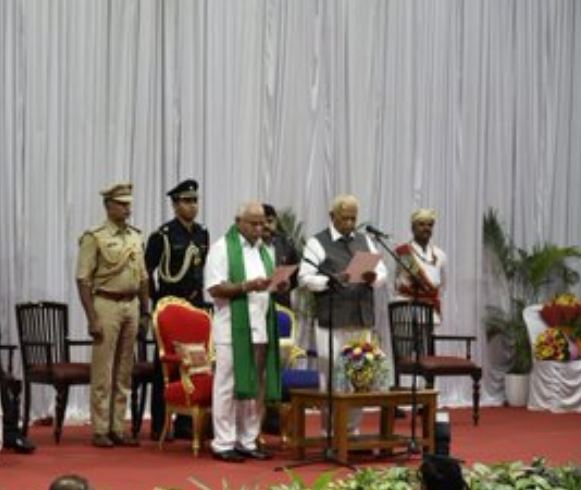 The BJP’s BS Yediyurappa was on Friday sworn in as Chief Minister for the fourth time, three days after the collapse of 14-month-old Congress-JD(S) coalition government.

“Took oath as the Chief Minister of Karnataka at Rajbhavan,” Yediyurappa tweeted.

Governor Vajubhai Vala administered the oath of office and secrecy to him.

Earlier in the day, Yediyurappa met Governor Vala to stake the claim and requested him to administer the oath of office and secrecy on Friday itself.

“Congrats to @BSYBJP ji, newly sworn in CM of Karnataka. I am sure under his leadership and under the guidance of PM Modi, BJP will give a stable, pro-farmer and development oriented govt in the State. I assure people of Karnataka that BJP is committed to fulfil their aspirations,” Shah tweeted. 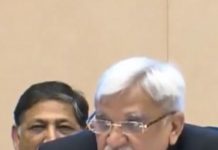