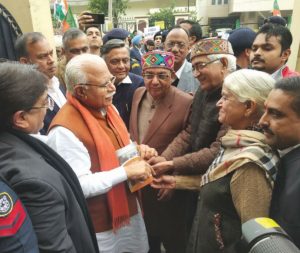 After violent protests by people in parts of the country supported by some opposition parties over the implementation of the Citizenship (Amendment) Act (CAA), it is now the turn of the BJP to hold public awareness campaign across the country to create a favourable atmosphere for the new act.

To bring out the positive aspects of the Citizenship Amendment Act (CAA) to the public, the BJP is organising a public awareness campaign across the country. Haryana BJP is also holding various programmes under the ‘Jan Jagaran Abhiyan’ in the state including ‘door to door campaign’ from January 5 to 15. These include rallies and marches in various parts of the state.

According to Rajiv Jain, Media Advisor to the Haryana Chief Minister Manohar Lal Khattar, public contact campaigns and dialogue programmes  are being held across the state and in the country. “I have been assigned duty in Sonepat. Former MP Birender Singh also campaigned in Sonepat along with S Nandal,’’ said Jain. BJP workers plan to meet three crore families across country in this regard. The BJP has planned to organise a rally in every district of the country and hold over 250 press conferences across the country to inform masses about the new law.

The BJP at the same time has accused opposition parties, especially the Congress, of spreading misinformation in a bid to disturb peace across the country during recent protests which have claimed several lives. Earlier, BJP working president J P Nadda said it was a matter of happiness that the Modi government had decided to give succour to those fleeing religious persecution from Pakistan, Bangladesh and Afghanistan and seeking a home in India.

During his CAA campaign Haryana Chief Minister, Manohar Lal explained the positive element of CAA. He also condemned the incidents of attack and stone-pelting on Sikh devotees at the historic Gurdwara Nankana Sahib in Pakistan and said that protest would be made, if required, against Pakistan and other countries like Afghanistan and Bangladesh so as to ensure that the minorities residing there are not oppressed in the name of religion and their rights are protected, said Khattar.

Khattar said this while addressing the gathering after launching the Sampark Abhiyan in support of the Citizenship Amendment Act (CAA) in Panchkula. He explained that the Parliament had recently passed Citizenship Amendment Act to provide citizenship of India to the minorities coming to India from neighbouring countries that are being oppressed there in the name of religion. But few opposition parties are misguiding the people of the country by spreading false information without understanding the provisions of the Act.

Khattar stressed that this is not a new Act as it had come into force in the year 1955 itself, according to which minority communities like Hindu, Sikh, Buddhist, Jain, Parsi and Christian who are oppressed in Pakistan, Afghanistan and Bangladesh in the name of religion come to India to lead a respectable life. In Haryana, now decks have been cleared for giving them citizenship, he added.

The BJP is carrying out a similar campaign in favour of the CAA all over the country. Earlier Home Minister Amit Shah said the CAA provides for granting citizenship to refugees from the three neighbouring Muslim countries. “Protests against the CAA are mostly political,’’ Amit Shah had remarked and  insisted that no Indian will lose her nationality because of the legislation. He also challenged Congress leaders Rahul Gandhi and Priyanka Gandhi to show one clause in the CAA under which anyone is going to lose Indian citizenship.”These are mostly political protests. Some people are also misguided but we are trying to convince them,” he said.

The minister said under the CAA, the government wants to give citizenship to persecuted minorities of Pakistan, Bangladesh and Afghanistan.”I want to say clearly that there is no provision in the CAA in which one can lose citizenship,” he said. Shah said the CAA provides for granting citizenship to refugees from the three countries. “I say with full firmness that these refugee brothers who have come to India belong to us and it is the responsibility of the government of India to give them a respectable place in India,” he declared.

According to the CAA, members of Hindu, Sikh, Buddhist, Jain, Parsi and Christian communities who have come from Pakistan, Bangladesh and Afghanistan till December 31, 2014 facing religious persecution there will not be treated as illegal immigrants but be given Indian citizenship.

Shah said the Census 2021 and the National Population Register (NPR), which government plans to conduct along with the house-listing phase of census from April to September 2020, have nothing to do with the National Register of Citizens (NRC).”Census and NPR take place in the country every 10 years and this time also it is happening after 10 years. Congress has done this repeatedly but today, the Congress is opposing it,” he said. According to BJP working president JP Nadda, “Congress is creating misunderstanding over
CAA and trying to incite violence. We will hold awareness programme in Madhya Pradesh also.”

Former state chief minister and senior BJP leader Shivraj Singh Chauhan said, “This Act is about giving citizenship and not taking it away. We will tell the truth to the public,’’ he said. 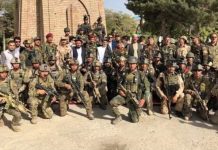