A Bharatiya Janata Party (BJP) worker from Jammu and Kashmir’s Budgam who was shot at by terrorists on Sunday reportedly succumbed to injuries on Monday morning.

According to police official, terrorists fired upon Abdul Hamid Najar, a resident of Mohiendpora area of Budgam in central Kashmir while he was on a morning walk.

He was immediately rushed to a hospital for treatment, where he succumbed to injuries today morning.

Najar was the district president of Budgam BJP Other Backward Class (OBC) Morcha.

He was the third BJP worker targeted by terrorists in the past one week. 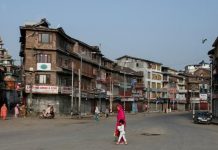 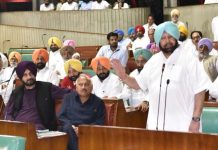