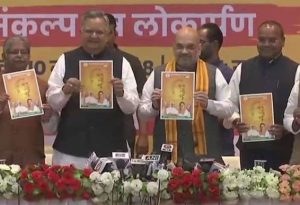 On the last day of campaigning for the first phase of the Chhattisgarh polls, Bharatiya Janata Party (BJP) president Amit Shah and Chief Minister Raman Singh on Saturday released the election manifesto in Raipur.

Chhattisgarh goes to polls in two phases on November 12 and November 20. The results will be announced on December 11.

“The BJP government under Chief Minister Raman Singh has contained Naxalism and made the state almost free of it.,” Shah said.

The BJP president further said that earlier known as BIMARU state, Chhattisgarh is now a power and cement hub and lauded the Raman Singh’s government for initiating several welfare measures for the state’s prosperity.

“Numerous schemes, including MGNREGA, have been made corruption-free,” shah added.

Targeting the opposition Congress, Shah said, “A party that feels Naxalism is a medium of revolution cannot do any good for Chhattisgarh.”

Shah exuded confidence that BJP would win this month’s Assembly polls in the state for the fourth straight time. 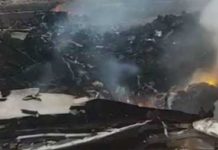