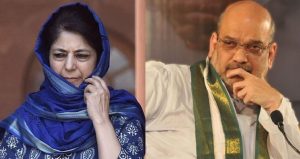 The BJP, who withdrew it’s support from the PDP on June 19,  is all set to play a spoilsport for the PDP in Jammu and Kashmir. Sources told the Tehelka that Mehbooba Mufti’s PDP is on verge of split. At least five MLAs have so far revolted with Javed Baig latest in the list.

Former finance minister Haseeb Drabu, who was shunted out by Mehbooba Mufti from her government a few months ago is playing a vital role in the present developments, sources added. It is said that former loyalist of Mufti’s Dr Drabu is considered to be close to BJP general secretary Ram Madhav. Drabu with another PDP leader was in Delhi on Friday.

Now Mehbooba Mufti is trying to play “Kashmir card” to garner support for her but it seems that she has failed. Sources said that one of her close aide also tried to woo those who are revolting, but for all in vain. National Conference chief Omar Abdullah has already claimed that his party wants early dissolution of the state Assembly so that people could give fresh mandate. There had been a very low turnout in the recent election in the state.

It is said that the BJP is trying to garner support of at least dozen PDP MLAs. BJP have 25 members in the 87 member house. Ram Madhav, influential BJP general secretary had already camped in Srinagar. BJP chief Amit Shah have also visited Jammu after the fall of PDP-BJP government. This indicates that BJP is trying to focus on Jammu & Kashmir to win next parliamentary elections, which are due next year. However, here also there are words doing the rounds that BJP is planning to hold Lok Sabha polls in December along with few state assembly elections.

Sources said that BJP is trying to split the PDP and in condition it succeeds in managing MLAs equal to majority, it will project a senior leader from the breakaway group as the chief minister. Party is also trying to woo a senior leader Sajjad Lone, minister in the previous government. Others whose name is doing the rounds in the BJP camp is Haseeb Drabu. Sources said that BJP also tried  to get support of PDP founder member and former deputy chief minister Muzzaffar Baig, however it is not yet clear that what was his response. If he revolts against Mehbooba Mufti in open, PDP may land in serious trouble. When Azad was heading the Congress-PDP government in 2006, Baig, then deputy chief minister in the government, had come very close to Azad which had annoyed Muftis.

Now political developments are fastly taking place in J&K. Next few days are very crucial. BJP want to form a government whose chief minister is not from their party but their rubber stamp, so party could fast work on its agenda before 2019 elections. Sources said that BJP wants to make J&K it’s main poll plank in these elections. 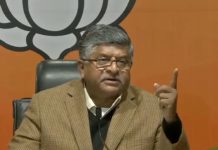