Former Minister of State (Home) in the ministry led by Atal Behari Vajpayee and a prominent BJP leader from Thakur community, Chinmayanand was arrested today from his Mumukshu Ashram in Shahjahanpur, days after a law student levelled rape charges against him and provided video recordings to substantiate her charges.

The victim yesterday threatened to immolate herself if Chinmayanand is not arrested despite providing sufficient evidences of offences committed by him. She questioned the way SIT giving undue weightage to a habitual offender.

Chinmayanand has reportedly been taken to a Lucknow hospital by UP Police’s special team.

The special investigation team (SIT) probing the woman’s allegations had on Monday taken the woman before Judicial Magistrate Geetika Singh to record her statement.

She repeatedly alleged that Chinmayanand sexually exploited her for a year after helping her with admission into his college. 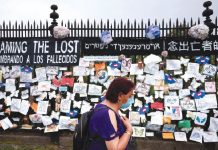