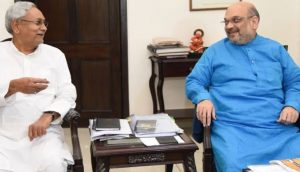 The Bharatiya Janata Party (BJP) and the Janata Dal United (JDU) have decided to contest the same number of seats in the 2019 Lok Sabha elections in Bihar. Addressing a joint press conference with Bihar Chief Minister Nitish Kumar, BJP Chief Amit Shah said that other allies will also be given a respectable seat share.

The BJP chief said, “It has been decided that BJP and JDU will fight on an equal number of seats for Lok Sabha Elections 2019 in Bihar. Other allies will also get a respectable seat share. Numbers will be announced in a few days.”

Shah declared that the exact numbers of seats for each NDA constituent would be announced in a few days and added, “Upendra Kushwaha and Ram Vilas Paswan will remain with us.”

According to sources, JDU had insisted that it should get an equal number of seats as the BJP. The latest announcement by the BJP president confirmed that the BJP and the JDU would contest on 32 out of 40 Lok Sabha seats in Bihar, leaving eight seats for other constituents of the alliance. 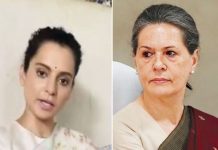