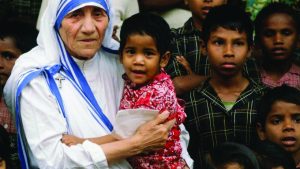 A biographical drama film on Saint Mother Teresa, the founder of Missionaries of Charity, is in the making. It will be directed by Seema Upadhyay, who has also penned the script. The project’s cast and crew will feature both Hollywood and Bollywood artistes, the makers have revealed in a statement. They said they met with Sister Prema Mary Pierick, current Superior General of the Missionaries of Charity, and Sister Lynne in Kolkata recently to take their blessings for the project.

“We visited the charity of missionaries in Kolkata and the experience was surreal. Mother Prema prayed Hail Mary and seeked devine guidance for the film. They also blessed the whole team for their protection, completion and success of the film with the firm belief that it will bring peace and light to everyone associated with this film,” Upadhyay said in a statement.

The project will be produced by Pradeep Sharma, Nitin Manmohan, Girish Johar & Prachi Manmohan. “We are extremely delighted and happy to produce the official biopic on Mother Teresa — the great saint, who is known to the entire world for her nobelity and charity.

“She is a global icon & we will ensure to leave no stone unturned to meet her international stature and pay our tribute to the noble soul. We hope we will do justice and will be able to spread the message for peace, love and humanity that Mother Teresa stood for,” the producers said. The film will go on floor by end of this year and will release in 2020.

Born Agnes Gonxha Bojaxhiu in present-day Macedonia, she came to India in 1929 at the age of 19 and worked as a teacher for many years while also taking her vows as a nun. She set up the Missionaries of Charity in Kolkata in 1950, the same year she became an Indian citizen. In 1979, she was awarded the Nobel Peace Prize. She was canonised in September 2016, 19 years after her death.

The producers said they were “delighted and happy” to make a film about the “global icon”. They added in the press statement, “We hope we will do justice and will be able to spread the message for peace, love and humanity that Mother Teresa stood for.”

The biopic has the clearance of Sister Prema Mary Pierick, who currently heads the Missionaries of Charity. “We visited the charity of missionaries in Kolkata and the experience was surreal,” the press release said. “Mother Prema prayed Hail Mary and seeked divine guidance for the film.”

Previous films on the Roman Catholic saint include the television productions Mother Teresa: In the Name of God’s Poor (1997) and Mother Teresa of Calcutta (2003) and the 2014 American drama The Letters, starring Juliet Stevenson. 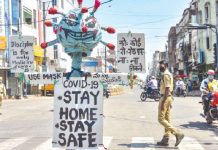 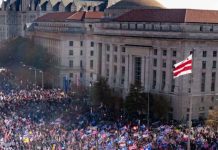