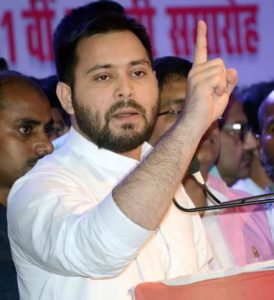 “I would like to ask Hon’ble Prime Minister the following questions related to Bihar’s betterment and development. As per the report of Niti Aayog under him, Bihar is the worst state in education, health standards and continuous development index,” said Tejashwi.

Following are the questions, shared on social media by the 31-year-old RJD leader just an hour before the Prime Minister began his campaigning.