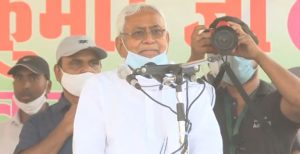 Onions were thrown at Bihar Chief Minister Nitish Kumar on Tuesday during a rally in Madhubani district.

According to reports, while addressing the rally for the third phase of the elections, Some people from the crowd threw onions at him.

Reacting on it, Nitish told these people to keep throwing as this will not have any impact and told the crowd that now you can all understand as he completed his speech.

Immediately after the incident, security personnel formed a security cordon around Nitish and started catching the thrower. However, Nitish told the security personnel to leave them and said they would understand it themselves after a few days. 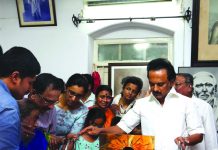