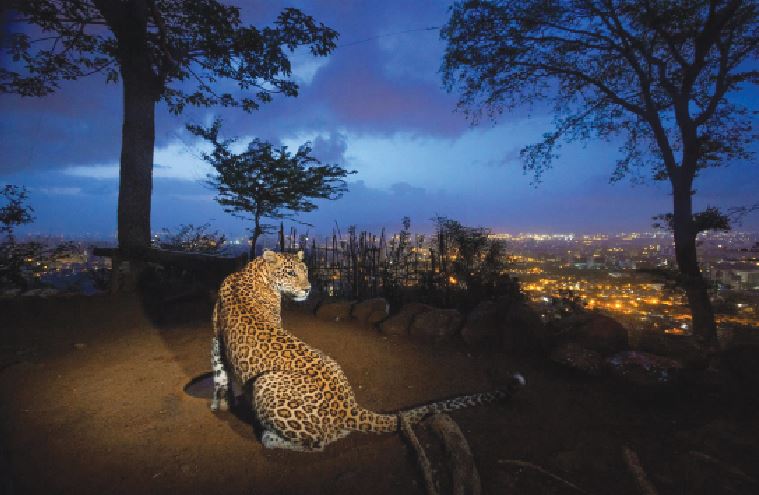 Over the years the population of leopards has declined in Asia and Africa but India has reversed the trend and the latest data shows an increase of 60 per cent in the population of tigers, lions and leopards. However, from still being hunted in their natural habitat to being attacked by villagers, Leopards face threat from all sides.

Interestingly the good news comes at a time when their current distribution and numbers have significantly decreased across the range due to habitat loss, prey depletion, conflict and poaching over the last century. Recent meta-analyses of leopard status and distribution suggest 48–67 per cent range loss for the species in Africa and 83–87 per cent in Asia.

However, releasing the Status of Leopards report, Minister for Environment, Forest and Climate Change, Prakash Javadekar claimed that increase in Tiger, Lion & Leopards numbers over the last few years is a testimony to the conservation efforts and of the fledgeling wildlife and biodiversity of the country.

India now has 12,852 leopards as compared to the previous estimate of 7,910 conducted in 2014. With this more than 60 per cent increase in population has been recorded. The States of Madhya Pradesh, Karnataka and Maharashtra recorded the highest leopard estimates at 3,421, 1,783 and 1,690 respectively. Javadekar remarked that monitoring of the tiger in India has clearly shown its umbrella role in the ecosystem, which has shed light on other charismatic species like the Leopard.

India’s world record tiger survey also estimated the population of leopards and the tiger range was found home to 12,852 (12,172-13,535) leopards. They occur in prey rich protected areas as well as multi-use forests. A total of 5,240 adult individual leopards were identified in a total of 51,337 leopard photographs using pattern recognition software. The statistical analysis estimates the leopard population at 12,800 leopards within the tiger’s range.

The leopard was estimated across forested habitats in tiger range areas of the country but other leopard occupied areas such as non-forested habitats (coffee and tea plantations and other land use from where leopards are known to occur), higher elevations in the Himalayas, arid landscapes and the majority of North East landscape were not sampled and, therefore, the population estimation should be considered as the minimum number of leopards in each of the landscapes.

Tiger has not only served as an umbrella species but even its monitoring has helped evaluate the status of other species, like the leopard. The National Tiger Conservation Authority-Wildlife Institute of India (NTCA-WII) is likely to report on several other species shortly.

Experts say that leopard is the most widely distributed and adaptable member of the family and leopard’s historic range spanned across nearly 35,000,000 km covering all of the sub-Saharan and North Africa, the Middle East and Asia Minor, South and Southeast Asia and extended to the Amur Valley in the Russian Far East. Island ranges included Sri Lanka, Java, Zanzibar and Kangean. It occurs in almost every kind of habitat, from the rain forests of the tropics to desert and temperate regions.

The Indian subspecies, Panthera pardus fusca, is found in all forested habitats in the country, absent only in the arid deserts and above the timberline in the Himalayas. In the Himalayas, they are sympatric with snow leopards. Leopards are quite adaptable with respect to habitat and food requirements, being found in intensively cultivated and inhabited areas as well as near urban developments. They are prolific breeders and are known to grow at an annual rate of over 10 per cent from central India.

However, their current distribution and numbers have significantly decreased across the range due to habitat loss, prey depletion, conflict and poaching over the last century. Recent meta-analyses of leopard status and distribution suggest 48–67 per cent range loss for the species in Africa and 83–87 per cent in Asia. This is in consonance with what a recent genetic study in India has where leopards have experienced a possibly human-induced 75-90 per cent population decline in the last 120-200 years.

All these have resulted in changing leopard species status from ‘Near Threatened’ to ‘Vulnerable’. It is also listed in Appendix I of the Convention on International Trade of Endangered Species of Wild Fauna and Flora (CITES) and in Schedule I of the Wildlife (Protection) Act 1972 in India providing it with the highest level of protection.

Despite decreasing numbers and range, their ubiquitous presence across human habitations leads to misconceptions regarding their current abundance.

Among all the subspecies, Indian leopard retains the largest population size and range outside Africa. In Indian subcontinent poaching, habitat loss, depletion of natural prey and conflict are major threats to leopard populations. Leopards also frequently occur outside protected areas in human-dominated landscapes, increasing their vulnerability to conflict with humans. In areas devoid of any other large carnivore, leopards can act as an umbrella species for biodiversity conservation.

In India, the tiger is not only a conservation icon but also acts as an umbrella species for the majority of eco-regions in the Indian subcontinent. Project Tiger, was initiated in 1973 aimed to harness the functional role of tiger and its charisma to garner resources and public support for conserving representative ecosystems and the biodiversity therein. Under the stewardship of Project Tiger, the initial number of nine tiger reserves (18,278 km) has now expanded to 50 tiger reserves (72,749 km2) covering about 2.21 per cent of India’s geographical area conserving many endangered flora and fauna.

Securing tigers thus safeguards micro niches in the forest ecosystem which conserve the life forms at the smallest levels ensuring water and climate security. For designing, implementing, and evaluating the success of any conservation program for an endangered species, it is vital to monitor its status, distribution, and trends. Scientific objectives aim to understand the dynamics of the monitored system, while management objectives seek to use such information for making informed decisions. Hence, monitoring is a process, not a result, a means to an end rather than an end in itself.

To gauge the success of tiger conservation, the National Tiger Conservation Authority (NTCA) in collaboration with the State Forest Departments, Conservation NGO’s and coordinated by the Wildlife Institute of India (WII), conducts a National tiger assessment every four years since 2006. This exercise not only comes up with tiger numbers for the country but also evaluates the status of co-predators, prey, habitat and human disturbance parameters for all tiger occupied forested landscapes of the country thereby reiterating the ‘umbrella’ role of Project Tiger for biodiversity conservation in India.

From still being hunted in their natural habitat to being attacked by villagers, Leopards face threat from all sides. The majestic big cat is indeed an endangered species though its population has seen a surge but it need not be ignored and must be given special attention by stepping up conservation measures. 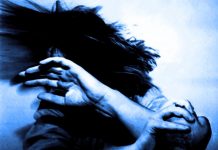 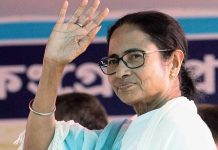