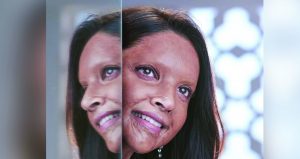 Even as Over The Top (OTT) platforms have taken the country by storm in the last two years, providing an endless ocean of entertainment to choose from, Indians’ love to watching movies on the big screen remains unabated. No wonder, according to reports, we watched more than 2,200 films in cinema halls in 2019. While Delhi took the lead in buying the maximum number of tickets, tier II cities like Jaipur, Indore and Vishakhapatnam did not fall behind to get their share of entertainment quota.

2019 also spoilt the audience for choice as Bollywood explored a creative bouquet of genres including political drama, biographies, social commentary, at the same time throwing in the usual dose of romance and comedy. Needless to say, patriotic fervour remained the most lapped up flavour of the season with Vicky Kaushal starrer Uri and Akshay Kumar’s Kesari fanning the nationalist wave.

Small-town boy Ayushmann Khurrana found himself in the top league of actors, taking home a National Award too in 2019, showing his acting chops in movies like Article 15, Dream Girl, and Bala. Ranveer Singh stole hearts with his act of a struggling rapper in the lanes of Mumbai with Gully Boy while Shahid Kapoor’s obsessive lover act, Kabir Singh had feminists up in arms for portraying misogyny. Salman Khan’s Dabangg 3 was all about what bhai does the best  fight and dance, and Rani Mukerji returned to the screen after a small hiatus as a tough cop in Mardaani 2.

The New Year promises to be as entertaining with a list of big banner productions lined up for releases. From Deepika Padukone, Kareena Kapoor Khan to Aamir Khan, Ranbir Kapoor, Alia Bhatt, A-list actors will show their magic in a promising year ahead as some newbies also debut in 2020. We bring a lowdown on the top movies to look forward to in 2020:

Chhapak — Starring Deepika Padukone in the lead role as an acid attack victim, the movie directed by Meghna Gulzar is a gut-wrenching story of social activist Laxmi Agarwal. Padukone also returns to the screen after a gap with this film that also stars Vikrant Massey. 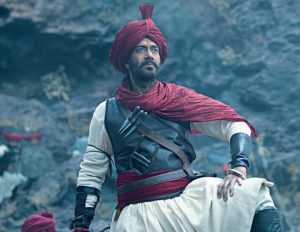 Tanhaji: The Unsung Warrior: This period drama is the story of Tanaji Malusare (played by Ajay Devgn), military leader of Maratha king Chhatrapati Shivaji. It is set in 1670 when the Marathas fought the Mughals to win back the fort at Kondana. Also starring Saif Ali Khan as Udaybhan, the Om Raut directed film bring backs popular pair of Devgn and Kajol. 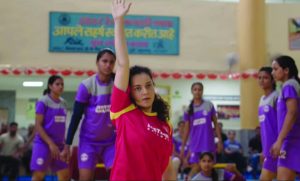 Panga: Ashwini Iyer films the story of a retired kabaddi player(Kangana Ranaut) who wants to make a comeback but is tied down to motherly duties. Her husband (Punjabi singer and actor Jassie Gill) supports her to follow her dreams.

Jawani Janeman: Saif Ali Khan’s second release in the first month of the year, Jawani Janeman is the story of a man-boy. It also has Tabu in the lead apart from Alaya Furniturewala, granddaughter of actor Kabir Bedi. Khan plays a commitment phobic playboy in this fun comedy.

#AajKal: Currently popular jodi of Kartik Aaryan and Sara Ali Khan take a modern look on all things love- the emotion, passion, complications. Imitiaz Ali hopes to touches the heartstrings with this new age film that also has Randeep Hooda in the cast.

Angrezi Medium: Irrfan Khan returns to the big screen in this much awaited sequel to the 2017 hit Hindi Medium. While the story line is currently under wraps, with Kareena Kapoor and Radhika Madan in lead roles, the film is likely to be an entertainer.

83: Kabir Khan brings back memories of India winning the first World Cup with Ranveer Singh playing Kapil Dev. Not just for cricket lovers, 83 will be a rush of nostalgia and sport spirit for the entire country.

Brahmastra: Director Ayan Mukerji has pulled a star coup with this mythology. The first of a trilogy, it has a stellar cast of Amitabh Bachchan, Ranbir Kapoor, Alia Bhatt and Mouni Roy. Fans are excited to see rumoured couple Kapoor and Bhatt together on the screen.