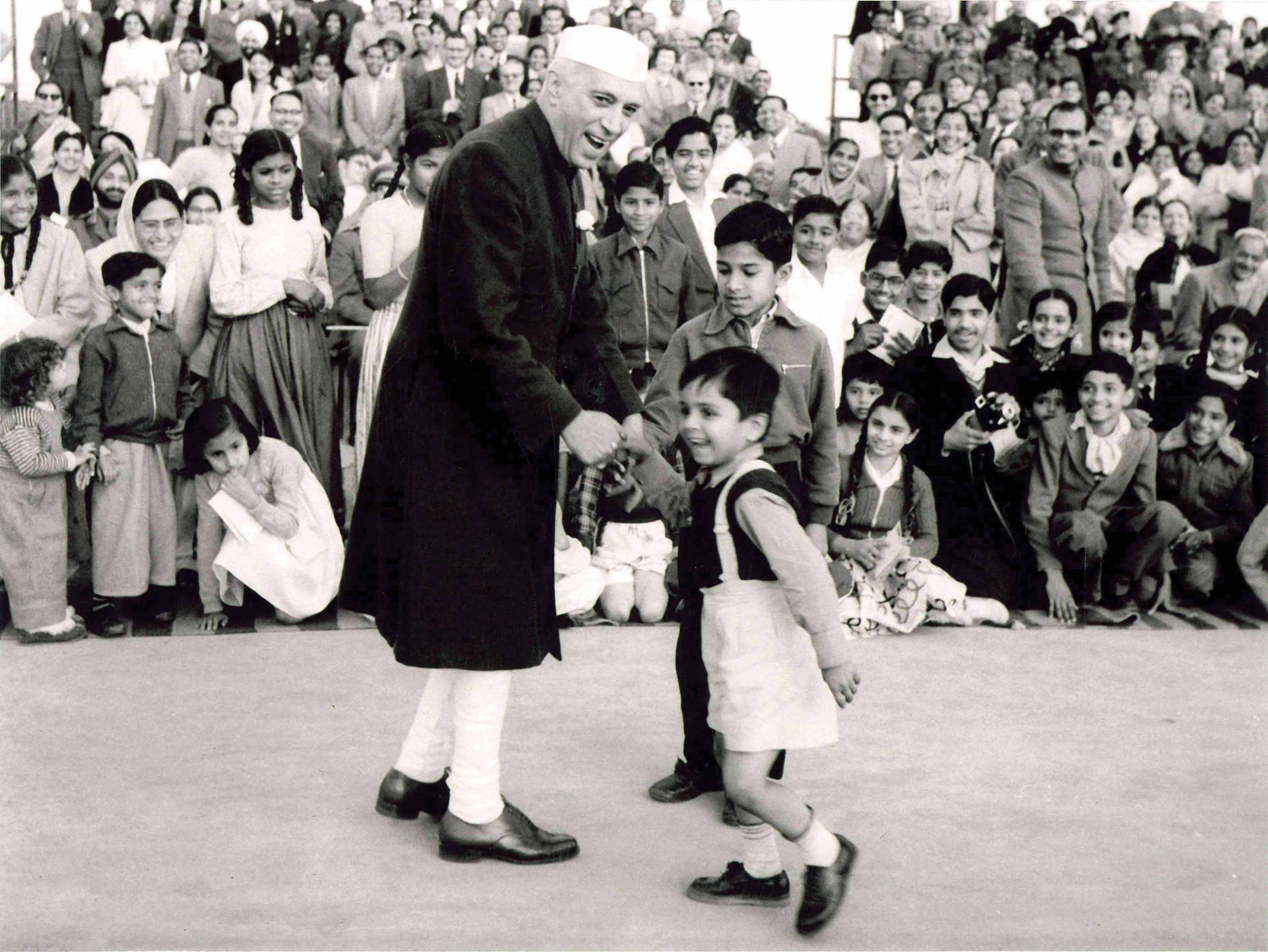 On 23 April morning, when Tehelka’s editor-in-chief, Charanjit Ahuja, reminded me it’s the World Book Day, I was certain to focus on the freshly published books. But as I got started, collecting updates on the new titles, what struck were hitting news reports on text books, focusing on the CBSE’s (Central Board of Secondary Education) latest decision for the removing several chapters from the history and political science syllabi of Classes 11 and 12, including the Non-Aligned Movement, the Cold War era, the rise of Islamic empires in Afro-Asian territories, the chronicles of Mughal courts and the industrial revolution. And in the class 10 syllabus, the topic “impact of globalisation on agriculture” from a chapter on ‘Food Security’ has been dropped.

Much more, along the off-with- it strain! According to  latest news reports, the CBSE 2022-23 curriculum, has removed translated excerpts from two poems in Urdu by Faiz Ahmed Faiz in the “Religion, Communalism and Politics — Communalism, Secular State” section of NCERT’s Class 10 textbook “Democratic Politics II”.

Chapters on “democracy and diversity” have also been dropped. Also axed is a chapter on “Central Islamic Lands” from the History course content for Class 11…Social Science themes that have been axed include “impact of globalisation on agriculture” from a chapter on Food Security in the Class 10 curriculum. A chapter on “Cold war era and Non-aligned Movement” has been dropped from the Class 12 Political Science curriculum.

To quote from the news reports: “The CBSE has also dropped the course content from chapters on ‘democracy and diversity’. The dropped chapter “Central Islamic Lands” in the class 11 history syllabus talks about the rise of Islamic empires in the Afro-Asian territories and its implications for economy and society. The chapter focused on arenas of Islam in reference to its emergence, the rise of the caliphate and empire building….Similarly, in the class 12 history syllabus, the dropped chapter titled ‘The Mughal Court: Reconstructing Histories through Chronicles’ examined the chronicles of Mughal courts to reconstruct the social, religious and cultural history of the Mughals.”

In fact, this latest news on text books comes with backgrounders! As in these recent years, the RSS’s intrusion into the education sphere was more than apparent, when the RSS-affiliated Shiksha Sanskriti Utthan Nyas, headed by Dina Nath Batra, had sent a list of recommendations to the National Council of Educational Research and Training (NCERT) demanding a host of changes in its textbooks. Batra had asked the NCERT to remove English, Urdu, and Arabic words, a poem by the revolutionary poet Pash and a couplet by Mirza Ghalib, the thoughts of Rabindranath Tagore, extracts from painter MF Husain’s autobiography.

Batra  had also wanted  references to the Mughal Emperors as “benevolent”, the BJP as a “Hindu” party, the National Conference as “secular”, an apology tendered by former prime minister Manmohan Singh over the 1984 riots, and a sentence that “nearly 2,000 Muslims were killed in Gujarat in 2002”  —  to be  all removed!

News reports also stated that Nyas objected to certain  facts—  the Class 11 political science textbook mentions   “the massive majority of Congress in 1984” but “does not present the 1977 election details” …Also, the Class 12 political science textbook, “terms National Conference of J&K a secular organization”, and the Class 10 English textbook “places nationalism against other ideals”  as “an attempt has been made to show a rift between nationality and humanity by citing thoughts of Rabindranath Tagore”… It also wanted that the Hindi textbooks to mention that the medieval Sufi mystic Amir Khusrau “increased the rift between Hindus and Muslims.”

Nyas had on earlier occasions demanded the removal of AK Ramanujan’s essay, Three Hundred Ramayanas: Five Examples and Three Thoughts on Translation, from the undergraduate syllabus of the University of Delhi. It also went to court demanding Wendy Doniger’s book, The Hindus, not be sold in India. Mind you, those demands were fulfilled. Ramanujan’s essay was removed from University of Delhi’s reading list. And Penguin India, the publisher of Doniger’s book, pulled it from circulation.

It gets relevant to mention that in 2014, government schools in Gujarat were given six textbooks written by Batra as “supplementary literature”, that claimed cars were invented in ancient India! Also, school children were told to draw an ‘enlarged nation’ which would include the neighboring countries — Pakistan, Bangladesh and Afghanistan.

Not to overlook the distortion of the very meaning of particular words like ‘Roza’ (Muslims’ observe Roza or fast during the holy month of Ramzaan), published in text books taught in Gujarat schools. And in the summer of 2017, the ICSE board’s class VI text book ‘blamed’ mosques and Azaan for causing noise pollution! A chapter on noise pollution, in the text book published by Selina Publishers, focused on the sources that cause noise pollution. Besides images of trains, cars, planes as the usual or regular sources of noise pollution, there was also an image of a man shutting his ears in frustration right in front of a mosque! Relaying that the Azaan is a source of noise pollution!

And in these recent years, there have been distortions if not deletion of entire chapters. Together with that, twisted versions of the historical facts. I would call this nothing short of lynching of facts.

Around the autumn of 2016, news-reports had come in of the then Rajasthan government’s plans to remove from the text books the particular chapter on Pandit Jawaharlal Nehru.

Tell me, why should this generation or future generations sit deprived of details to a statesman like Nehru? After all, ‘Panditji’, as Jawaharlal  Nehru  was  popularly  called, stood  for democratic values, for the  rights and  dignity of the minorities and the disadvantaged. He was looked upon as a saviour. That feeling of security was intact because he was himself secular.

News reports had also stated that under the previous BJP-led sarkar, students in Rajasthan were to be taught incorrect and twisted versions of historical facts:  Maharana Pratap defeated the army of Mughal Emperor Akbar in the Battle of Haldighati some 450 years ago. This is incorrect. To quote historians on this: “This is factually and historically incorrect as historical evidence shows that Maharana Pratap, ruler of the Mewar region, had fled the battlefield, although in the later years he continued his guerilla war against the Mughals.”

And the then BJP-led government in Rajasthan had even renamed the Ajmer Fort — from Akbar Ka Qila to ‘Ajmer ka Qila and Sangrahalaya’. No expert committee of historians and academics was involved in the decision. Just by the order of the then Rajasthan education minister, Vasudev Devnani, the name of this historical fort was changed. Mind you, this fort built by Akbar in 1570 was left untouched even during the rule of the Rathors, Marathas and the British. The original name of the Ajmer Fort was legally sanctioned by a Gazette notification in December, 1968. It was named as ‘Akbar ka Qila’ or ‘Daulat Khana’ and this name continued till, of course, Right-Wing came centre stage.

In fact, Right-Wing government’s dislike for the Mughals could be judged from the fact that not just the very title ‘Great’ was removed  from Mughal Emperor Akbar’s name, but also the relevant focus on him from the text books taught in the state of  Rajasthan.

And chief  minister of  Uttar Pradesh, Yogi Adityanath’s aversion for the  Mughals and their  built monumental wonders was more than apparent, when the annual  budget for 2017-2018 made no mention of  Taj Mahal in the  section  ‘Hamari Sanskritik Virasat’ (Our  Cultural Heritage) incorporated in the finance minister’s 63-page speech. This attitude for the upkeep of the Taj Mahal! Not to overlook the fact that the Taj Mahal is one of the seven wonders of the world. It is also UNESCO world heritage site that draws thousands of tourists and earns crores in terms of revenue for the government.

The Maharashtra government under the earlier BJP rule had almost near-defaced the names of Muslim rulers from its history text books. It planned to omit from the text books, vital details to the Delhi Sultanate and the Suri Empire in India. Without realizing that without those, the very history of India would be incomplete, if not riddled with gaps. As a commentator put across,  “Without  focus on the Bijapur Sultanate, Aurangzeb’s rise to power over other contenders to the throne and the invasion by Ahmed Shah Durani, cannot be put in the historical context. Also, one cannot bypass other vital historical facts —  In the third battle of Panipat, where the Marathas were defeated by the Durani Empire of Afghanistan, the Marathas sided with Shah Alam II (Shah Alam II was only a puppet under the Marathas) and then led an army to punish the Afghans for their atrocities in 1772. They attacked the fort of Pathargarh and forced the Rohilla Afghans to pay a huge war indemnity… Muslim rulers hold out much in terms of the historical past. And it would be a folly if not unethical to cut or omit or trim or distort historical facts.”

Verse of Faiz Ahmed Faiz will always hold out. For generations to come. Such  intense verse cannot ever be crushed or erased or bypassed.

Leaving you with Faiz’s  this particular verse:

The singers kept on singing day and night,

kept jingling the ankle-bells of their fetters

of flowers had turned  pale

And on our feet the dance of fetters.