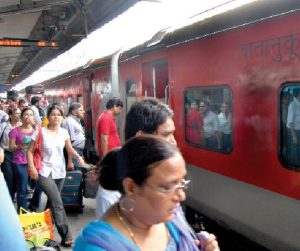 There are reports that the Ministry of Railways is planning to privatise railways in a big way to the detriment of the larger public interests in anticipation of the Dedicated Freight Corridors between Mumbai-Delhi and Delhi-Kolkata being commissioned by December 2021 and 90 per cent of the existing high density routes on these corridors being freed from freight traffic and released for additional passenger traffic for starting high speed luxury trains to mop up more passenger traffic. Accordingly, bid documents are being worked out for global tenders. Besides, some other routes across the country will be opened to private train services including sub-urban rail services in Mumbai, Kolkata, Chennai and Secunderabad. The government has also allocated about 1,300 crore for upgrading the existing Mumbai-Delhi and Kolkata-Delhi tracks to 160 kilometre per hour speed.

According to sources in the Ministry, simultaneously the government is all out to corporatise all the eight Production Units that manufacture rail coaches, locomotives, both diesel and elec tric, and wheels and axles plants. An exercise is afoot in the government about the modalities of such corporatization whether there will be a holding company for each group of locomotive units and rail coaches including wheels and axles.

Corporatisations of railways production units will open it to private and corporate investments opening their routes to further automisation reducing employment therein, while existing workforce may not be compulsorily retired. It will also increase the costs of rail services to the nation for bulk of the people who are largely dependent on cost effective rail transportation to long distant places for jobs, pilgrimages, tourism and so on.

Private participation in rail services has been tried ever since globalisation of Indian economy was set in motion in 1991 right from the “Own Your Wagon Scheme’, operation of luxury/super luxury rail heritage tourism on the pattern of Palace on Wheels tourism train being operated in collaboration with the Rajasthan government’s tourism corporation, building rail infrastructure and logistics on BOT (Build-0perate-Transfer) basis.

All came as cropper as no private investor came forward having been wary of long gestation between investment and return in the capital-intensive railways and private investor’s sole motive being profit earning. Even partnership with state governments in building rail infrastructure has not taken off except few states on the ground of resourcelessness of most of the state governments. Even private container freight services in competition with the CONCOR (Container Corporation of India), an arm of Indian Railways has performed dismally.

Privatisation of train services will not work in India as the country’s rule of law based system of democratic governance where people are sovereign masters of the government of the transient majority has no business to deprive bulk of the people, who are poor and largely
dependent on railways for travel, and other modes of transportation being beyond their affordability. Privatisation of train services will therefore be anti-people. Besides, law and order problems and operational logistics put spanners for private players.

Railways often face public agitations like squatting on tracks mostly for people ventilating their grievance with local governments with railways in no way being responsible for such problems, in the process delaying rail services increasing service costs and making it unprofitable for private investors. Other impediments are constraints of dual security systems being Railway Protection Force (RPF) for securityand safety of railway assets and the Government Railway Police (GRP) for law and order including prevention of sabotage and untoward incidents, wherein RPF assists GRP, which is part of state government police.

Other impediments will be elite character of private train services, besides lack of single security command and control on the railways that was shot down by state governments as it would dent their authoritative control over law and order turf. It also portends public uprising in our system of democratic governance as it impinges people’s right to cost effective bulk transportation. Nevertheless, it is construed as a trial balloon as in the absence of no takers, the government has tasked its own railway arm the IRCTC (Indian Railways Catering and Tourism Corporation) to run two superfast super luxury Tejas Express on Lucknow-New Delhi and Ahmedabad-Mumbai route, which has been hyped as private run trains. People hope the proposed privatization will not take off and the railway trade unions thwart such move with the larger public support!

The writer is a former bureaucrat.
The opinions expressed are his own 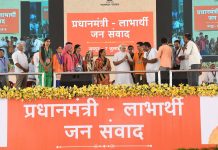 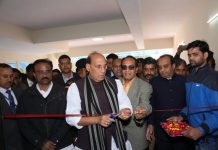