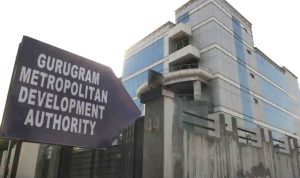 A bid to bypass the established, transparent and cost effective system of purchasing high volume and value material through High Power Purchase Committee for their vested interest to hoodwink the State exchequer of crores of public money has come under scanner in Haryana. 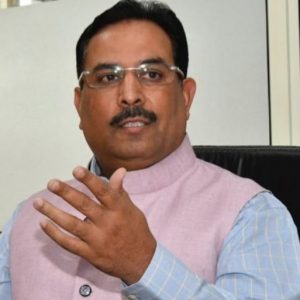 Finance Minister and Chairman, HPPC, Capt Abhimanyu Singh confirmed to Tehelka that the government was ceased of the matter and has marked a complaint received in this connection from the Citizen Welfare Society of Haryana for looking into the issue.  He said that he will not allow system to be subverted and will ensure what is in the best interests of Haryana and its people.

A representation received from the Citizen Welfare Society of Haryana praises the existing system of purchases made through the HPPC for various high value items at most competitive and lowest rates arrived at after very strict negotiation to bring down the rates which are mostly lowest in the country.  However, still there are many instances wherein departments like Gurugram Metro development authority (GMDA), HSIIDC, ULB, Irrigation department etc. have invited various tenders in past & recently on Turnkey mode. GMDA has recently  invited tender no. 1133-83 dated 05-10-2018 for water supply with tender value of Rs 91.41 crore. Major cost amounting to Rs 87.76 crores in this tender is of MS/DI pipes/fitting/Sluice valves etc. (MS Pipes 67.17 crores, DI Pipes 15.62 crores & fitting etc Rs 5.96 crores & the balance small cost is of labour Rs 2.66 crores).

Vivek Joshi, Chief of GMDA when contacted told Tehelka that he “will look into the matter thoroughly”. He added that he was new to the department and would “get all information related to the issue and ensure that nothing wrong was allowed to be done in GMDA”.  He said that he needs few days to get all the required information.

M D Sinha, additional CEO, GMDA also assured that the GMDA would look into the matter. He, however, told Tehelka to get in touch with Superintending Engineer, Lalit Arora to seek reply to the allegations in the representation.

On his part, Lalit Arora said that the department would look into the issue and make sure that no system was bypassed and interests of State and its people are protected.

While from the minister to top officials gave assurances, it is learnt that some  departments have cleverly converted the system bypassing tendering material through DSD & finalization by HPPC into Turnkey tender allegedly to favour big contractors and loot public money. Such departments incorporate specific pre eligibility conditions to favour big contractors who would buy material from market/dealers & just lay the pipes etc. which is not a rocket science & in turn can be done by small contractors at very competitive rates if the material is provided by the department to such contractors.

The representation says that the PHED, HSVP, HSAMB are buying material/pipes etc. by sending indents to DS&D which is decided in most efficient and transparent manner by negotiation conducted under the Chairmanship of the State Finance Minister and the committee comprising many senior ministers & IAS officers of the State. This system saves huge public money & also quality of material is ensured in the interest of public at large. The purchases are made directly from manufactures which ensures quality & best prices as middle man profits are eliminated. It has been observed the departments which have adopted Turnkey mode are allotting works to big contractors on very high rates i.e. 25- 35% higher than schedule rate & even on single tender. Even those departments like ULB have introduced pipes for sewerage which have no or very short performance history, thus compromising on quality & ultimately wasting public money.

Cement & steel is very important material for creating strong infrastructure is being incorporated by various departments in scope of contractors and these were previously purchased by the departments directly through DSD /HPPC at the most competitive rates, thus saving huge public money & ensuring best quality for long sustainability of infrastructure.

The representation has sought intervention of the Finance Minister and senior officials immediately to investigate & stop the public loot & issue necessary instructions to all concerned departments to follow well established and successful system of purchase through HPPC in the interest of citizens/public at large.

Significantly, the representation comes on the heels of  a memorandum to Haryana chief minister, Manohar Lal Khattar by Anti Corruption Forum of Haryana, a Karnal based NGO alleging that the Urban Local Bodies has been allotting the works to a select few contractors at highly inflated rates which are around 25 percent higher than the rates being sanctioned by Haryana Public Health Department for equivalent projects executed by them. The memorandum questions as to when there already exists Haryana Directorate of Supplies and Disposals, which procures material at best rates through the High Powered Purchase Committee and is working efficiently, where was the need for allotting the works to select lobby big contractors on a turn key basis?. Ultimately because of these wrongs Public Health has disassociated itself from the meetings associated with allocation of works to contractors under AMRUT. 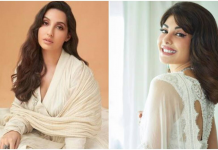