The Supreme Court on September 28 extended the house arrest of the five activists arrested in connection with Bhima-Koregaon violence.

The court heard the case after a plea was filed by historian Romila Thapar and others against the arrest.

The Supreme Court had also rejected the plea for a SIT probe in the case.

However, the court said, the house arrest will continue for four weeks.

A bench headed by Chief Justice Dipak Misra had reserved the judgment on September 20 after counsel for both parties, including senior advocates Harish Salve, Abhishek Manu Singhvi and Additional Solicitor General Tushar Mehta, concluded their submissions.

Justice Chandrachud dissents the majority judgement, asserted that technicality should not be allowed to override substantive justice. He added that voices of opposition could not be muzzled because it is a dissent.

Justice Chandrachud came down heavily on Pune Police and said the conduct of the police was to use media to cast aspersion on the activists.

Justice AM Khanwilkar, while reading the judgment for himself and CJI Dipak Misra said the accused persons cannot select which investigating agencies should investigate the matter. Justice Khanwilkar observed that the investigation officers are allowed to continue with the investigation.

The five activists – Varavara Rao, Arun Ferreira, Vernon Gonsalves, Sudha Bharadwaj and Gautam Navlakha– are under house arrest since August 29 after the investigators found incrementing evidence to link them with the caste-based clashes in Pune’s Bhima-Koregaon in January this year. 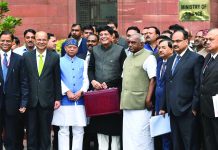