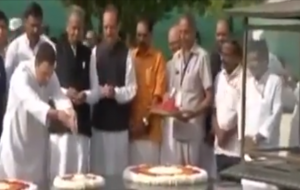 Congress Party on September 10 kick-start its protest against fuel price hike and weakening of rupee from Rajghat, the memorial of Mahatma Gandhi. Party president Rahul Gandhi paid tributes to the father of the nation before the protest.

The Congress said that 21 opposition parties, including the Janata Dal-Secular (JD-S), Samajwadi Party (SP), Dravida Munnetra Kazhagam (DMK), Rashtriya Janata Dal (RJD) and Maharshtra Navanirman Sena (MNS), are supporting the Bharat Bandh along with a number of chambers of commerce and traders’ associations.

The party demanded that petrol and diesel should be brought under GST, by which oil prices could drop by about Rs. 15 to Rs. 18.

Government offices, banks, schools and colleges in Bengaluru in Karnataka, are closed today. A host of organizations such as Karnataka Rakshana Vedike, KSRTC, BMTC, Ola and Uber Drivers and Owners Association, Auto Drivers’ Association are lending their support to the Bharat Bandh in Karnataka.

There is a partial response to Bandh in Coimbatore.

Protesters blocked movement of trains in Bihar at several places such as Jehanabad, Madhubani, Ara and Patna.

In Puducherry reports of violence are coming as protestors are pelting stones on a TNSTC bus near Nellithope signal. There are reports of stone pelting at other places also.

In Odisha as Congress and other opposition parties observed Bharat Bandh protesting against hike in fuel prices ruling BJD refused to support the call. Schools and colleges remained closed to ensure safety of children.

In Odisha Biju Patnaik University of Technology suspended examinations of all professional courses in view of the bandh.

In West Bengal, the Trinamool Congress refused to support the Bharat Bandh call.

In Chennai, the Bharath Bandh called by Congress did not receive major response.

Congress workers in Gujarat in view of the Bharat bandh blocked several highways. 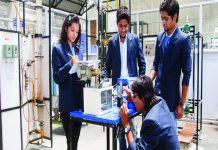