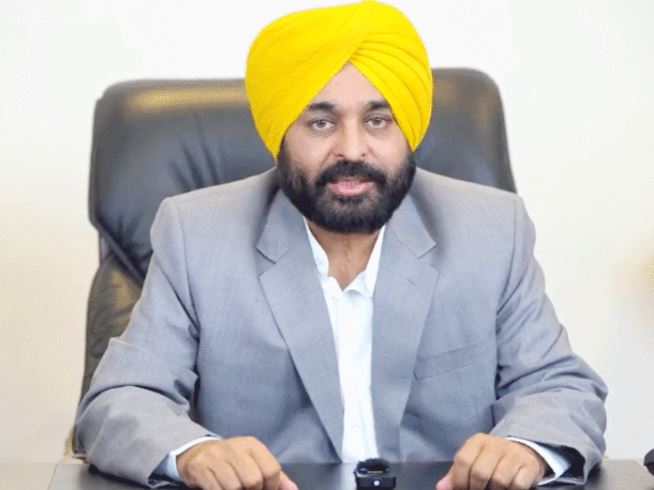 Punjab Chief Minister Bhagwant Mann today announced the rollout of the doorstep ration delivery scheme, saying the poor will no longer need to stand in queues as good quality ration will be delivered at their doorstep.

Doorstep ration delivery scheme will be optional for the eligible beneficiaries, Mann said in a video message.

Punjab CM Mann said the details of this scheme will be made available shortly. “Punjab government has decided to start the doorstep delivery of ration scheme. Under the scheme, good quality ration items will be delivered at the beneficiaries’ doorstep and no one will now need to stand in queues or leave his work for this, he said.

Mann further said “Our officers will make a phone call to the beneficiaries and ration will be delivered at their homes as per their convenience and availability”.

He also said this scheme is optional. Punjab chief minister said if the ration depot is very close to your home, one may fetch the ration from there.

Bhagwant Mann said the Delhi government had started this scheme in Delhi too, “but unfortunately it was stopped. But in Punjab we are going to implement this scheme and we will run it successfully”.

Mann said it is sad that even 75 years after country’s independence, the poor and common people still have to stand in long queues outside ration depots to get their ration. In this age of digitalization, various items of daily needs including food items, are delivered at people’s doorsteps at one phone call, he said.

“But on many occasions, poor people, most of whom are daily wagers, have to give up their day’s work for taking ration (from fair price shops). The person who is living hand to mouth, if he has to leave his day’s work to fetch his ration, how sad it is.

“I know many elderly women who have to walk two km to get their ration from depots, whose quality is sometimes not that good,” said Mann.

He said now people will get rid of all these things. “Governments are for the people, they are elected by the people and governments should be to facilitate people and not to harass them or create problems for them,” he pointed out.

“You (beneficiaries) will get good quality ration, what people commonly consume, what rich consume, you will get the same flour, pulses..,” he said.

Earlier on March 19, Mann, in the first decision of his first Cabinet meeting, threw open 25,000 jobs in various state government departments, including 10,000 in the Police Department.

In last month’s Punjab Assembly polls, the AAP stormed to power, decimating the Congress, the Shiromani Akali Dal-Bahujan Samaj Party combine and the BJP-Punjab Lok Congress-SAD (Sanyukt) alliance. Congress, which was in power in the state, got 18 seats in the 117-member assembly, while the AAP won 92 seats.