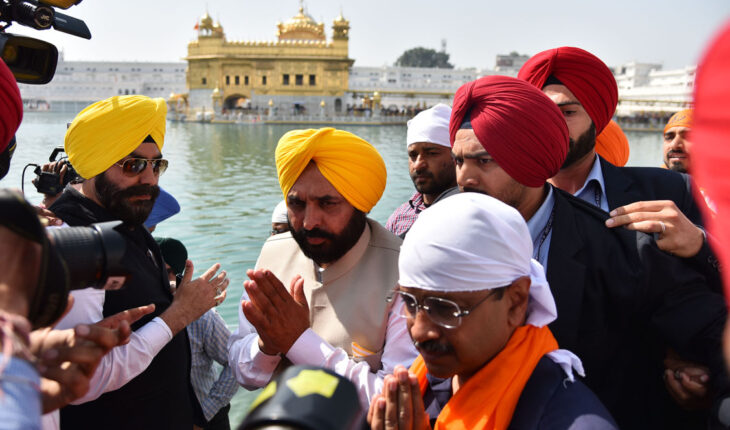 Aam Aadmi Party after massive victory in the Punjab Assembly elections, the CM-elect of the state, Bhagwant Mann and AAP national convener and Delhi Chief Minister Arvind Kejriwal reached ‘Guru ki Nagri’ Amritsar. Both of them along with other leaders of the party, paid obeisance at Sri Harmandir Sahib, Ram Tirath Mandir and Durgiana Mandir and prayed for prosperity, peace and communal harmony in Punjab as well as the whole world.

After their visit to Sri Harmandir Sahib, Bhagwant Mann and Arvind Kejriwal also bowed their heads at the famous Durgiana Mandir and Ram Tirath Mandir. After visiting the temples, both the leaders reached Jallianwala Bagh, where they paid tribute to the freedom fighters (martyrs) by paying homage at the martyrs’ memorial there. AAP leaders took a pledge to fulfil the dreams of the martyrs and carry forward the flame of revolution.

Building Ram Temple is fine but will ‘Ram Rajya’ follow?