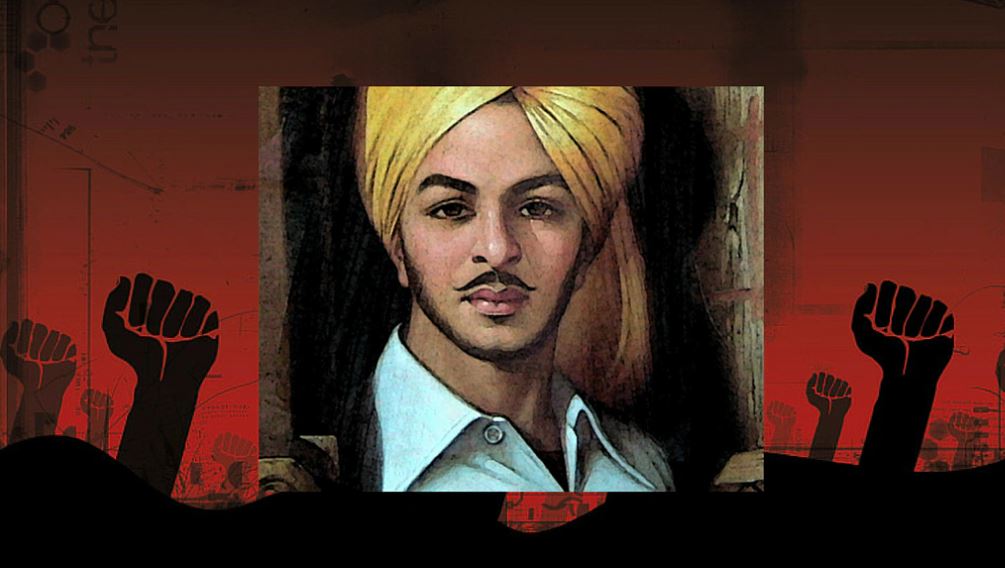 When Prime Minister Narendra Modi inaugurated Biplobi Bharat Gallery at Kolkata’s Victoria Memorial Hall on March 23, it was not just an event held in remembrance  of freedom fighters, but had greater significance. As a grateful nation honoured the courage and supreme sacrifice of its freedom fighters and martyrs, the government simultaneously organised programmes in Delhi,  Uttar Pradesh, Punjab, Andaman & Nicobar Islands, Maharashtra, Gujarat, Manipur and Puducherry as part of 75-Azadi ka Amrit Mahotsav. On the “Shaheed Diwas” the PM observed that the tales of sacrifice of Bhagat Singh, Rajguru and Sukhdev inspire all of us to work tirelessly for the country while legacy of our past guides our present and inspires us to build a better future.

Though it may be unrelated  but ever since Aam Aadmi Party adopted Shaheed Bhagat Singh’s vision and the party convener Arvind Kejriwal has started raising slogans of Inquilab Zindabad (long live the revolution) at various events in recent times, there is almost a frenzy among political parties to swear in the name of the legend.  It also seems that AAP is trying to pit patriotic basanti colour associated with the legendary martyr, as against BJP’s saffron. The new party in power in Punjab has established Bhagat Singh’s portraits in government offices, declared a public holiday on his martyrdom day, and has proposed to place his statue in the Punjab Assembly.  One can witness an euphoria with youngsters sporting T-shirts with Bhagat Singh’s pictures and vehicles with portraits of the martyr, who clearly has become youth icon and a poster boy.  Stickers with Bhagat Singh’s name on them with the slogan “Lagda pher aouna pau” (looks like he will have to take a re-birth), have become a craze among the youth.

Tehelka’s special story in this issue “The Eternal Martyr” is by the 91-year old veteran journalist, writer and author, Raj Kanwar. He tells that he was born on the same day when Bhagat Singh was martyred and there was complete ‘hartal’ in Lahore on that day.  Our cover story “Dragon Under NATO Scrutiny” by Gopal Misra is about Western alliance keeping a vigil on Chinese ambitions even as it gives Russia a window to exit from the Ukraine war. Already External Affairs Minister S Jaishankar has sent a forthright message to China  that the onus of normalisation of ties lies with Beijing. It is indeed remarkable how India has resisted US pressure over Russia. The US President Joe Biden has lamented that India has been ‘somewhat shaky’ but actually it has held its own with dignity pursuing an independent foreign policy despite continuing pressure from the US and its allies. History is witness that Russia had stood by India during the 1971 Bangladesh liberation war. By standing with a time-tested ally and holding on to its own, India has maintained a fine balance.