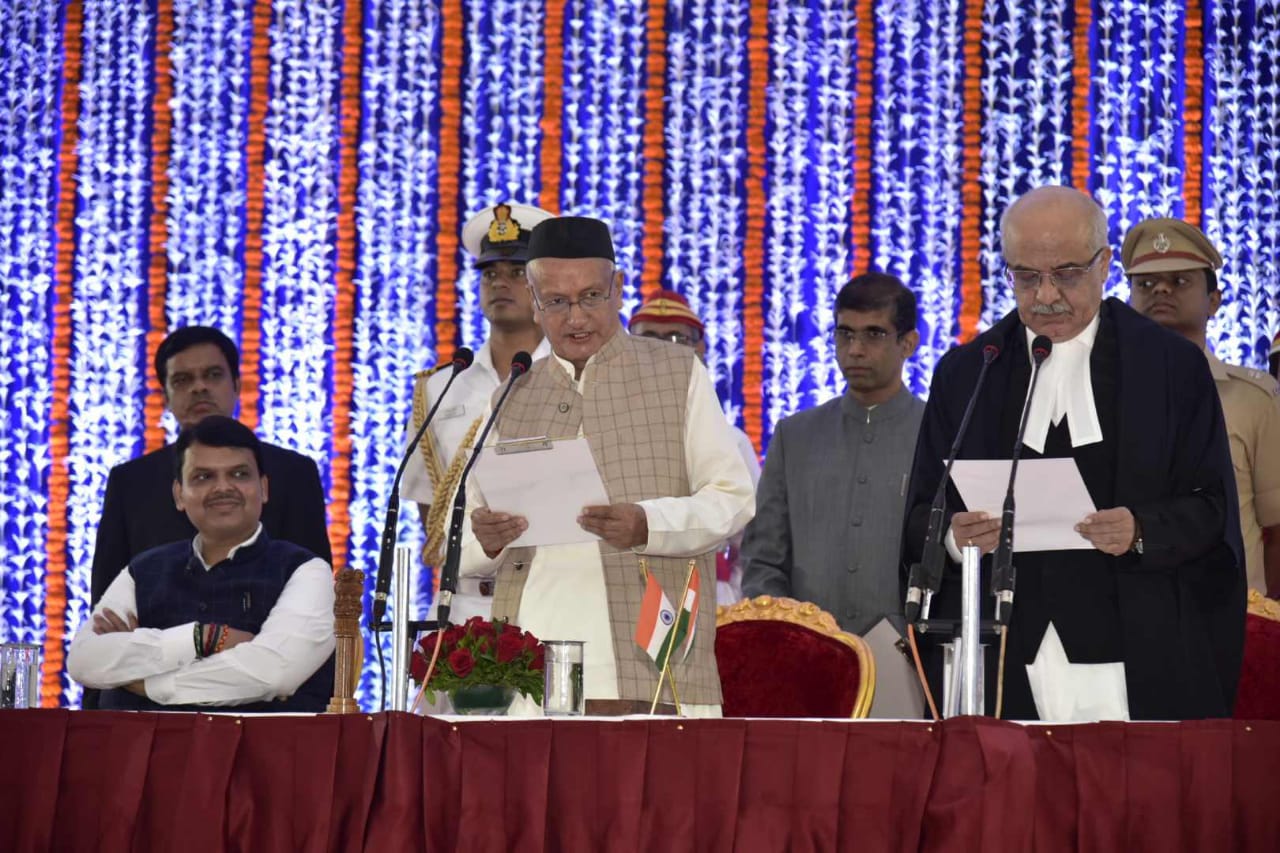 Former Chief Minister of Uttarakhand Bhagat Singh Koshyari was sworn in as the Governor of Maharashtra on Thursday.

In a surprise to all invitees, Koshyari read out his entire Oath in Marathi.  Chief Justice of the Bombay High Court Justice Pradeep Nandrajog administered the oath of office to Koshyari at the sea-facing Raj Bhavan in Mumbai.

The largely attended swearing in ceremony began with the playing of the National Anthem by the Police Band.

State Chief Secretary Ajoy Mehta then read out the warrant of appointment of Koshyari issued by the President of India Ram Nath Kovind. After the reading of the oath by the Governor, the ceremony concluded with the playing of the National Anthem once again.

Koshyari greets people on Teachers’ Day soon after taking oath as the 19th Governor of Maharashtra, Koshyari extended his greetings and good wishes to all teachers on the occasion of ‘Teachers’ Day. Incidentally, Koshyari has served as teacher at a College in Etah (UP) for some time.